Results for the 29th edition of IMTS – The International Manufacturing Technology Show 2012 prove the continuing leadership of manufacturing in the overall economy as Show Management reports the strongest results in more than a decade. Hosting exhibitors and visitors from 119 countries, IMTS 2012, which ran Sept. 10-15 at Chicago’s McCormick Place, covered 1.248 million net square feet of exhibit space with 1,909 exhibiting companies.

Total registration for the six-day event was 100,200, which is a 21.6% increase over 2010, marking the largest show-to-show increase ever for IMTS.

Additive manufacturing, multi-spindle machines and multi-tasking machines were stars on the show floor.

Spotlighted both in the IMTS Emerging Technology Center (ETC) and in several exhibitor booths, additive manufacturing continued to gain traction as a production process and excite visitors to IMTS. Recognized as the next major manufacturing breakthrough, this technology can reduce prototype and part development as well as eliminate waste.

The productivity improvements and accuracy showcased by dozens of exhibitors with new offerings in multi-spindle and multi-tasking machines and automation drew serious attention.

«The energy level among visitors and exhibitors was at an all-time high,» said Peter Eelman, IMTS Vice President – Exhibitions and Communications. «The most exciting take-away from IMTS 2012 is what it says about the prospects for manufacturing over the next year. The overall activity and buzz indicates that we are entering a period of sustained growth that will fuel economic prosperity and job creation. Visitors came to find solutions and innovative approaches to their manufacturing challenges. They found immediate answers throughout the four halls and long-term possibilities in the ETC.»

The show had a remarkable display of new and emerging technologies that will continue to revolutionize the manufacturing world. These innovations, coupled with traditional equipment, offer solutions to all manufacturers who seek increased productivity and lower cost.

«Sold» signs on machines could be seen throughout the show.

Exhibitor MAG enjoyed tremendous success booking a $36 million order during the show. To support its Airbus A350 and Boeing 787 programs, Aerospace Dynamics International launched a major capacity increase in titanium machining with an order for eight MAG five-spindle, five-axis XTi profilers – 40 spindles total on a new machine platform that will increase ADI’s Ti machining capacity almost 40 percent, as part of a $90 million expansion that includes new facility. According to MAG, ADI’s machinery purchase is one of the largest single aerospace orders in the history of the company in terms of total value and number of spindles.

Royal Master Grinders John Memmelaar Jr. President said, «Customers came with very specific objectives and were looking for solutions right on the show floor. With our full complement of mechanical, electrical, applications and sales engineers onsite, we were able to do projects at IMTS.» Royal Master Grinders booked three orders at the show and expects to book an additional four in the next 30 days.

IMTS Feeds Industry Hunger for Education
IMTS has answered the industry call for education with an increased offering of opportunities. «We’ve come full circle because in the early years IMTS was actually an educational event, and only turned into a buying/selling forum after World War II,» Eelman explains.

Organizers of each conference agreed that the education component was well-received. Across the board, the quality of speakers and presentations received high marks from participants.

Other IMTS 2012 Highlights
Along with the healthy traffic on the show floor, other highlights included the ETC featuring a Local Motors Rally Fighter car, built live right on the show floor, as part of the Collaborative Manufacturing section of the ETC. The car build team compressed five weeks of work into five days with the Rally Fighter being unveiled before a large crowd on Saturday. Local Motors is the first disruptive U.S. automaker to enter the market in decades, and is built on the principle of collaborative manufacturing. The designs for its cars come from an open source design community.

Also spotlighted in the ETC was a constantly busy display of additive manufacturing, MTConnect® the open-source communications and interconnectivity standard for manufacturing equipment and devices, and MTInsight the game-changing customized manufacturing business intelligence system.

First-Ever IMTS Job Center Addresses Industry Need
IMTS expert job partners from Trillium CNC / CNC Jobs hosted the first-ever Job Center. Manufacturing professionals were able to search available jobs and post resumes. Employers had the opportunity to post open positions. «It was a huge success. We averaged almost 20 new companies each day posting openings that resulted in several hundred opportunities at every level from CNC operator to president of a company,» said CNC Jobs Director Bob Lawson. On the applicant side, the Job Center attracted almost 75 candidates each day and will continue to make matches post-IMTS.

IMTSedu, part of IMTS continuing education efforts, ran a full curriculum during the show. In addition to numerous presentations featuring speakers who come from the industry and have been very successful in using Social Media to expand their business, other highlights included a popular session on business trends and conditions for 2012.

The NIMS Student Skills Center at IMTS was a hugely successful event with 9,325 students and educators visiting the 27 student-focused exhibitors.

Before visiting the halls, students had exploration time in the Skills Center where they experienced live demos by 3D Systems, the American Welding Society and Lincoln Electric’s Careers in Welding Trailer complete with VRTEX 3D Welding Simulators, a replica of the Chilean Miner Rescue Capsule plus video teasers from The Edge Factor, and robot cells offering hands-on simulators from FANUC Robotics. Career Launch Pads debuted with interactive information desks staffed by young industry professionals who spoke with students about skills, technologies and careers.

GIE Media presented Today’s Technology Center, mirroring their publications’ content, with a Wright Brothers plane and flight simulator as well as three Drones that showed the transition from the very birth of flight to today’s pilot-free aircrafts, a Buckeye Bullet car which holds the land-speed record for an electric car, a simulated human body with which visitors could interact, and a residential windmill.

Gardner Business Media’s Advanced Manufacturing Center, with a theme of «Celebrating Advanced Manufacturing,» featured a Boeing Fuel Cell Demonstrator Aircraft (FCDA), three-time X-Games gold medalist «Monster» Mike Schultz who has been a trailblazer in prosthetics fabrication since losing his left leg in a snocross accident in December 2008, a Lotus Formula 1 race car and the Virtalis Virtual Reality Theater, which allowed attendees to see the power of the relationship between design, manufacture, and data — all in virtual reality.

«The ‘Be There’ theme for this year was conceived to communicate the importance of coming together to learn, solve problems, innovate and network,» said Eelman. «As we hoped, IMTS was a the place both exhibitors and visitors could accomplish their goals.»

IMTS 2014 will run Sept. 8-13. «An enormous amount of strategic thinking, talent and energy went into making IMTS a major success,» said Eelman. «As we look forward to 2014, we will move ahead with innovation and technology advances that will keep manufacturing technology growing and vibrant for generations to come.» 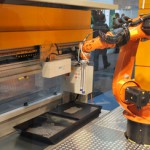 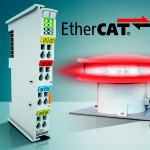