With the success of the 2012 edition, SPS – Industrial Automation Fair Guangzhou will be returning once again at the China Import and Export Fair Complex in Guangzhou from 4 – 6 March 2013. The show has proven to become the annual event for regional professionals to acquire solutions for their automation systems. In 2012, over 60 brands from Germany alone as well as 50 from Japan, South Korea, USA and other European countries participated in the event. Exhibitor numbers in total were 438, and for 2013, SIAF expects to welcome over 500 exhibitors and over 26,000 visitors.

Mr Louis Leung, Deputy General Manager of Guangzhou Guangya Messe Frankfurt Co Ltd, one of the show’s organisers said: “The fair will deliver more business and value by focusing on one of the automation industries latest trends – motion control devices. We will be forming a special zone on the latest advancements in this sector, as well as organising a seminar, hosted by Prof Dr –Ing. Mario Pacas of Universitat Siegen, one of the most foremost authorities on motion control technology.”

Based on a report from IMS Research, the market for machinery products in China reached USD335 billion in 2011, with an expected steady growth rate of 13% through 2016. According to his research, in spite of weakening demand from Europe and tighter domestic monetary policies, domestic demand for machinery continues to stay on a steady growth pattern. Motion control products, motors and drives as well as mechanics for electrical drives dominate domestic demand by accounting for 60 percent of all automation products sold in China.

Machinery is not the only sector with growing interest for automation products. The Chinese Market for Medium Voltage Motor Drives report by IMS Research says, sales of medium-voltage drives, which are prominently used in the mining, oil and gas as well as infrastructure development industries has been growing at an average pace of 16.6 percent since 2010. By 2014, the market value for these products is estimated to reach USD1.065 billion. According to the IMS report, manufacturers who focus on related items such as mining hoists, rolling mills and other high-power-rated applications can gain strong demand in China’s market.

SPS – Industrial Automation Fair Guangzhou provides the leading industry platform for manufacturers into China’s booming automation market. The show allows exhibitors to meet decision-making authorities from these various sectors as well as enrich their knowledge on current and future trends.

For the fourth consecutive year, the fair is receiving strong support from leading Asian and European trade associations which will organise pavilions and seminars at the fair. Supporting associations include:

The show will also be repeating the successful visitor delegation programme. For the 2012 show, this tailor-made service attracted over 1,000 visitors, decision makers and engineers from leading firms such as BYD, Honda, Foxconn and Midea. 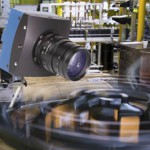 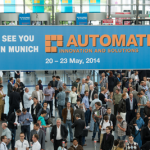 SSI SCHAEFER will acquire all shares in DS AUTOMOTION GmbH