Unimec and some surprises of Motek 2012

Less than a week is left for Stuttgart Unimec and, as we told you some weeks ago, Unimec is preparing at its best to leave a permanent mark in a difficult market like the German one in which we already conquered a main role thanks to the unflagging work of Unimec Deutschland.

To get even closer to the needs of a very needy market like the Teutonic one, we prepared a news that will be released in advance at Motek: a German-written brochure in which all the Unimec’s products are described in details, especially those products that represents the heart of Unimec’s production.

Moreover, we also prepared a detailed explanation not only of the application fields of Unimec’s products but also of the different materials of components used to build screw jacks, bevel and speed modulation gearboxes. Among those materials we can find different aluminium alloys, cast-iron, special steels and carbon steel, just to mention a few.

We believe that this easy, intuitive and light brochure is an important additional service, a way to align ourselves even more with the German market which has always considered the engineering industry as an excellence sector: excellence is exactly the value Unimec wants to convey as the synonim of its brand, not just in Italy but also in Europe.

At Motek, Unimec’s staff will be provided with iPad tablets through which they will be able to show to visitors the Unimec’s application that allows to find out the sense of rotation on the base of the input speed rotation in RPM of a Unimec bevel gearbox.

Unimec has been the first in its field to create a similar application: at Stuttgart Motek, visitors will have the possibility to test the app and, using just one finger, they will set up a bevel gearbox and manage it in three-D in a very easy way.

These are just two of the news we are going to present at Stuttgart Motek: we remind you that we are going to join the event from October 8th to 11th in stand 9237, hall 9. 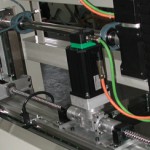 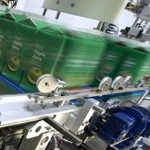