Automation Becomes Easy” at IMTS in the KUKA Robotics Corporation

Visit KUKA Robotics in booth N6200 during the International Machine Tooling Show to see how “Automation Becomes Easy” with several new product introductions and demonstrations on how automation can bring efficiency to the manufacturing process.

KUKA ROBOTICS IN-BOOTH DEMONSTRATION AT IMTS 2012 WILL INCLUDE:

This cell demonstrates the ability to use a 6 axis robot in a machining application. The KUKA.CNC control option enables KUKA robots to be programmed and operated directly through machine language G code and can process even the most complex programs from CAD/CAM systems.

This demonstration introduces the New KUKA KR AGILUS robots to show its mounting versatility (Floor, Wall, and Ceiling) and will operate with the new KR C4 Compact Controller.

This cell demonstrates the speed and agility this small robot was designed for by minimizing the cycle time while tending a CNC machine tool incorporating vision inspection and post machining part debur.

KUKA ROBOTS IN DEMONSTRATIONS ON THE IMTS SHOW FLOOR ARE:

Siemens will demonstrate its recent collaboration with KUKA Robotics. In the Siemens booth E-5010, a KUKA KR 60-3 will be articulating parts, simulating the operation on a CNC machine tool. Key to this development is the machine builder’s ability to integrate mxAutomation from KUKA directly through the Siemens Sinumerik CNC platform, thereby allowing the operator of the machine to run both the machine tool and robot from the single control panel.

A revolutionary combination of innovative technologies, the RazorJet is the ideal tool for accurately trimming small, 3D composite parts with unmatched flexibility. 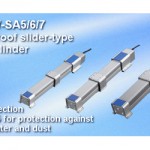 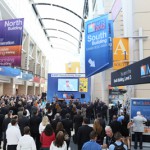