27.BI-MU/SFORTEC closes: 60,047 visitors for the event promoted by UCIMU-SISTEMI PER PRODURRE

With 60,047 visits, 27.BI-MU/SFORTEC confirmed its status as the reference event for operators in the world manufacturing industry, attracted to Milan by the broad and varied offering presented by 1,223 companies over a total exhibition area of more than 90,000 square metres.

With 2,996 international visitors from 75 countries and 44% of exhibiting companies from abroad, the event promoted by UCIMU-SISTEMI PER PRODURRE highlighted its international character.

Alfredo Mariotti, Director General of UCIMU-SISTEMI PER PRODURRE, the association promoting the event, commented: “closing data for this edition of BI-MU precisely reflect the economic moment. Just as the last edition of the exhibition (2008) posted record numbers in line with trends in the economy and the sector, this edition suffered to some extent from the crisis that blocked investments for 2009 as a whole. We now have to wait for the next few weeks to glean a more precise indication of the real effects of BI-MU as a stimulus for demand, since public attendance over the five days of the exhibition was positive.”

«Exhibitors,» Alfredo Mariotti added, «expressed general satisfaction for the outcome of the event that we hope will be another step towards re-launching activity for machine tool, robot and automation manufacturers.»

«In any case,» said Giancarlo Losma, President of UCIMU-SISTEMI PER PRODURRE, «while these data confirm that the recovery is underway, there is still major concern over possible setbacks. We are well aware of weak domestic demand compared to demand on international markets; for this reason, we hope that maximum attention will be dedicated to the study of incentives effectively supporting the economic system from the base with the objective ensuring new impetus for the entire chain.»

«In particular,» Giancarlo Losma went on, «the association emphasises the need for the free depreciation/amortisation tool – that constructors have demanded loudly for many years – which the United States Government is currently discussing as means to boost the economy of the country. It is essential to introduce de-taxation of profits re-invested in the purchase of high technology machinery , that brought about major benefits in recent months, alongside incentives to trade in obsolete machinery – tools that among other things will help maintain the competitiveness of our economic system.»

The broad and varied sector offering on show at 27.BI-MU, focusing on about 3,000 machines on display having an overall value of 300 million Euros, was superbly backed up by an impressive programme of collateral events designed to valorise participation by operators visiting the event.

Specialist events such as THE WORLD OF WELDING, THE WORLD OF ASSEMBLY, THE WORLD OF DIES and THE WORLD OF FINISHING joined forces with the conferences of QUALITY BRIDGE attended by 900 people dedicated to analysis of technical topics of major interest to sector operators, and PIANETA GIOVANI, the area dedicated to 5,005 students from high schools and universities.

In keeping with tradition, 27.BI-MU – the key event of the entire show – was the theatre for promotion action for Made by Italians in the sector, coordinated by UCIMU-SISTEMI PER PRODURRE and ICE, that involved the organisation of a cycle of meetings between Italian exhibitors and 90 user companies from every part of the world. 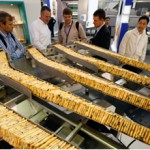 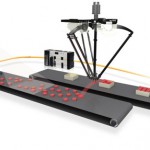