Motek 2012 or from a Modest Start to a Grand Finale

The fact that the annual Motek international trade fair for handling, assembly and automation technology is by far not just a venue for information and communication between suppliers and users is substantiated by statements from numerous exhibitors at the recent 31st Motek. For example, a mid-sized manufacturer of special machines was able to announce that he concluded a million Euro deal on the last day of Motek 2012, and other companies of all sizes also reported concrete orders and targeted RFQs for stand-alone solutions and complete systems. And thus not only is a trend finding its continuation at Motek, as commented by Erik Felle, managing director of Atlas Copco: “Motek is our most important trade fair.

This has been confirmed again this year. Companies may be sending a smaller total number of employees to important trade fairs, but precisely the right people attend Motek.” Henrik A. Schunk, managing shareholder of Schunk GmbH & Co., is singing the same tune and issued a press release with the following announcement when the event was only half over: “Outstanding feedback received at our booth demonstrates that efficient production automation harbours enormous potential.”

Increasing exhibition of robotic systems fits into this pattern as well, of which 58 units could be observed in action at this year’s Motek that were demonstrated by manufacturers and above all system suppliers, system integrators and equipment suppliers. Trade fair promoters P. E. Schall GmbH & Co. KG are taking this fact as an invitation to further expand offerings in the area of “process applications for robots and handling systems” at next year’s Motek, in order to provide experts from all over the world with highly practical added value. Speaking of experts, with 35,647 expert visitors the event experienced a slight decline in comparison with last year (36,852), as opposed to which exhibitor numbers increased minimally from 1051 to 1062 (including Bondexpo with 106 and 122 exhibitors in the respective years). 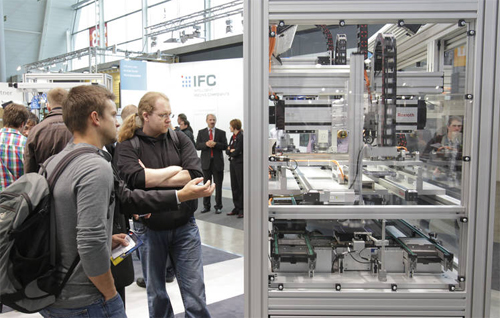 The exhibitors came from 23 different countries and occupied more than 645,000 square feet of overall exhibition floor space, which is roughly the same as last year. Growth was also recorded with regard to expert visitor internationalism: in 2011 visitors came from 87 countries and this year from 93. A further indicator of growing internationalism and Motek’s great importance as the world’s leading trade fair for the automation of production, assembly, material flow, test technology and packaging is the large number of accredited trade journalists, namely more than 200. 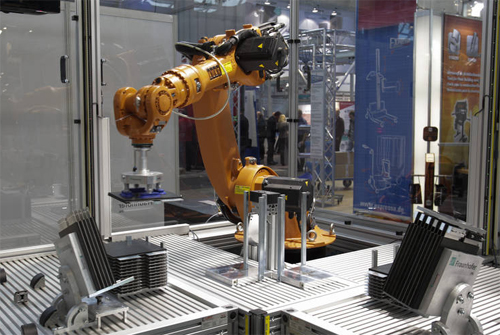 Due to the fact that, to an ever greater extent, assembly technology is considered the “elite class” where production is concerned, as is more and more frequently the case in the globalised world of production and as a result of the marriage of components manufactured at locations around the globe, Motek is plainly the most important information, communication, business and procurement platform. Living up to this demand in a lasting and emphatic fashion is the goal of private trade fair promoters P. E. Schall GmbH & Co. KG, as well as the exhibitors from both inside and outside of Germany.

With regard to the exhibitors, this was made apparent by the many newly designed and enlarged booths, and the creative presentation concepts. And this has underscored, and will continue to underscore, Motek’s value as part of the marketing mix on the one hand, and is acceptance as an industry platform with powerful economic force on the other hand. Where the event promoters are concerned, this is rendered tangible by, amongst other things, “double” commitment to the presentation of special shows such as the AoI Arena of Innovation, Virtual Fort Knox and the theme parks, as well as the exhibitor forum. For example, alone the once again fully booked exhibitor forum was attended by more than 650 visitors, who were thus able to gain further in-depth knowledge on-site in a time-optimised manner.

The next Motek international trade fair for assembly, handling and automation technology will take place from the 7th through the 10th of October, 2013. 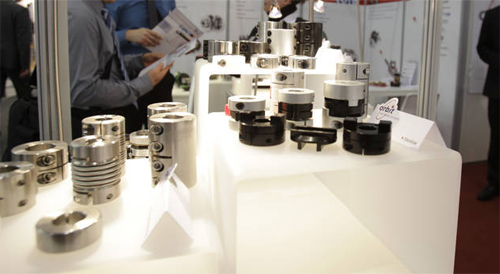 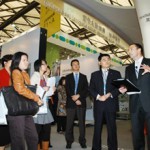 CIIF 2012 is ready for launching 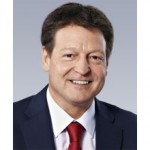