Yaskawa at EuroBLECH 2012 :Robotic automation for machining of die-cast parts

A pioneering system for machining steering consoles emphasises just how cost efficient and productive modern automation can be. Time consuming handling processes are dispensed with in favour of machining directly on the work piece carriers. This concept, in combination with a fast six-axis MOTOMAN robot, opens up entire new possibilities for cycle times.

“If you want to obtain challenging contracts in the automotive industry with a young company with a team of just 12 people, you simply have to present convincing solutions”, says Walter Schaffhauser, Managing Director of Automations Robotic GmbH. This entrepreneur was able to look back on many years of experience in the automation sector when he founded his own company about two years ago. In that short time, Automations Robotic, or AR, has made a name for itself with par-ticularly innovative solutions. Today, the system integrator from Massing in Lower Bavaria, takes the design and implementation of complex automation systems for granted.

Schaffhauser attributes the competitiveness his small company, time after time, to the innovative drive of his team. Even in what are considered to be standard applications, AR frequently manages to tap concealed potential. One prime example of the pioneering and implementing standard applications is the system for machining die-cast aluminum steering consoles which is currently awaiting final acceptance by the customer in Massing.

Intelligent solution of a standard application

The actual task is quickly explained: Four threads have to be cut on high quality die-cast aluminum steering consoles, in addition to de-burring and polishing. On one of three possible variants a hole also has to be drilled. The quality of the machining is to be assured by means of suitable QA measures. “It sounds easy, and would in principle be easy to implement, but it becomes a challenge when stringent customer requirements with regards cycle times, availability, space requirements and ease of maintenance, which makes this difficult to achieve using regular solutions”, explains Schaffhauser.

At first glance, however, the system does not appear to be all that unconventional in itself. The individual stations are linked by a longitudinal transfer system, while the work piece carriers are guided back to the starting position in a space saving manner using two parallel tracks. “The striking feature of the system is the clear, space saving layout of the line with perfectly accessible stations, which were customer requirementa”, as Walter Schaffhauser explains.

It is only when the trial operation of the system commences that the fine details of the automation solution manifest themselves. Whilst checking the exact position of the steering consoles on the manually loaded work piece carriers by means of sensors holds no major surprises, the creativity of the development team from Lower Bavaria becomes apparent in stations two and three. This is where four threads are formed on the steering consoles. Here the key feature is that the screw-fastening stations are positioned above the transfer system, and machining of the die-cast aluminum consoles is carried out directly on the work piece carrier.

This solution is technically demanding, but it offers enormous advantages, as Walter Schaffhauser explains: “The direct machining of the consoles on the work piece carrier means that no additional handling operations to machining stations are re-quired. By carrying out machining directly on the conveyor, we are able to meet the challenging cycle time specifications of around twelve seconds. Furthermore, the compact design results in considerable space savings.”

The technical challenge was to clamp the die-cast consoles onto the work piece carrier with such precision that the threads could be formed reliably with the specified tolerance of less than 0.1 millimeters. For this purpose, the work piece carriers together with the parts that are to be machined are removed from the conveyor and pneumatically clamped.

Final machining with the MOTOMAN HP20D

Once the threads have been formed, the machined parts continue their journey along the transfer system towards the robot. It was easy for Walter Schaffhauser to find the right six-axis robot for the demanding task. His company is a certified YASKAWA service partner. “The AR team knows our robots inside out. The employees regularly are at YASKAWA for training and perform maintenance and servicing work on MOTOMAN robots in northern Bavaria as YASKAWA service partners. The decision to use a MOTOMAN HP20D for this application ensures that the high requirements of the end customer in terms of precision, speed and availability are fully met”, says Jürgen Riedinger, Sales Manager at YASKAWA Europe GmbH.

The six-axis robot calls the shots at the last station in the line and performs final machining of the steering consoles. In addition to high precision, high speed is also called for, as a number of tasks have to be performed within the target cycle time of 12 seconds. In a first step, the HP20D uses its double gripper to pick up two steering consoles from the conveyor and move them into a QA station where the threads are inspected by means of sensors. Once they have been given the all clear by the quality control system, the six-axis robot takes the two consoles to the polishing and de-burring station. Various operations are carried out here, including the de-burring of specific holes and polishing work, primarily for esthetic reasons. Following completion of these tasks and the transfer of the steering consoles to a part cleaning system, the robot’s job would be done – if it was not for the next pair of consoles waiting to be processed ….

In fact, the robot’s work is almost never done. The system works round the clock in a three-shift operation. The target annual output of the system is around 850,000 units. The robot only gets a break when the system is converted from one of the three variants to another. Complete conversion of the system takes just ten minutes and is only carried out every few days or weeks.

“For this cycle time critical application we require a very fast robot with maximum availability – and we have found this in the MOTOMAN HP20D. What we also like about this machine is its compact, streamlined design. Despite its small size, thos six-axis robot has a considerable working envelope so that we can reach all stations with the robot. We were also absolutely convinced by the precision of the HP20D”, adds Walter Schaffhauser. Intelligent engineering, use of the fast and durable MOTOMAN robot and the systematic use of high quality components contribute to a system concept that will continue to reliably meet customer requirements in the future. 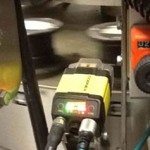 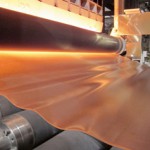