ABB’s Nigel Platt explains how automating with industrial robots can help companies to bring their manufacturing home without any adverse effects on their competitiveness. This article first appeared on www.manufacturingdigital.com

The on-going impact of the global economic downturn has seen many companies in the world’s leading industrialised nations reversing their decisions to outsource manufacturing activities to lower cost countries.

The most recent set of statistics from the International Federation of Robotics (IFR) seems to indicate a continued glowing future for industrial robots. The statistics show that 165,000 robots were sold in 2011, 37 percent up on the previous year and the highest level recorded in 50 years.

This increase in sales comes in spite of, or perhaps because of, the world economic crisis, which has seen many of the world’s leading industrial nations hit by varying degrees of financial turmoil.

The fact that robot sales underwent a dramatic increase despite these problems highlights a growing realisation of the overall benefits of robotic automation in industrial applications.

Although much of the growth took place in the automotive and metals and machinery industries, there has also been an increase in the rate of adoption in other markets as well. Developments in robotic technology in recent years have seen dramatic reductions in both complexity and price, making them increasingly suitable for an expanding variety of tasks. The speed, accuracy and reliability of modern robots make them well suited to the demands of electronics, food and beverage and pharmaceutical manufacturing and packaging applications, for example.

A significant benefit of robotic technology is its ability to reduce wastage and improve product consistency. Like any significant investment, the outlay on an automated production system is not likely to be cheap, including as it does not just the cost of the equipment, but also the associated costs involved in installation and implementation.

However, by enabling companies to get their products ‘right first time’, robots can help users achieve savings in time, cost and materials that can quickly help to recoup their original outlay on purchasing and installing the technology.

Proof of this can be seen from an installation at a leading UK producer of baked products, which installed a robotic picking and placing system from ABB. Handling up to 110 picks per minute, the improved performance achieved by the robots, including faster turnaround, improved productivity and reduced overheads, enabled the company to achieve payback on its investment in the automated system in under one year.

The ability to reduce the cost of production in particular has been a major factor in helping to create a progressively level playing field for companies attempting to compete with producers in low cost countries.

General Electric’s Jack Welch famously said in the 1980s that the continued competitiveness of American industry hinged around manufacturers having to decide whether to ‘automate, emigrate or evaporate’.

In the US in particular, it would seem that this prophecy is now quite literally coming home to roost. Like many of their counterparts in other higher cost economies, American companies transferred much of their production overseas to lower cost countries (LCCs) in search of higher profits. However, a variety of factors including rising costs in LCCs, concerns over the protection of intellectual property (IP) and political pressure to restore the country’s manufacturing base, have seen an increasing number of these same companies now bringing their production back home.

The decision to re-shore operations has provided a valuable shot in the arm for automation. Where robots are concerned, the realisation of their ability to reduce overheads whilst boosting competitiveness has seen double-digit growth in the number being installed in the US alone in the past two years.

Frequently hailed as the model example of an industrialised Western manufacturing nation, Germany is a good example of what can be achieved by a positive commitment to automated technology. The world’s third largest exporter of finished products, Germany has a strong engineering sector comprised of automotive, machinery and metals manufacturing, as well as wind turbines and solar panels. Robots are extensively used in the production of each of these products and are a key ingredient in the country’s international competitiveness.

Whilst an escalation in the demand for robots is undoubtedly a good thing, it poses several challenges for automation suppliers. As well as keeping pace with demand, these suppliers, including ABB, have to be able to provide a truly global service and support network to ensure that users receive the assistance and help they need to keep their robots operational.

ABB achieves this in a number of ways. Strategically placed centres of excellence, such as the company’s Milton Keynes Robotics Training Centre in the UK, for example, provide operators with in-depth training on all aspects of robot operation and maintenance. Direct technical support is also available via a network of Field Service Engineers, who offer 24/7 coverage and fast response to technical problems.

ABB is also able to remotely monitor its customers’ robots to help identify when problems are likely to occur and ensure that help is automatically dispatched before they can escalate. This proactive approach enables users to extend their Mean Time between Failure (MTBF) periods, shorten the subsequent Mean Time to Repair (MTTR) and in turn, lower the cost of ownership, all resulting in much greater predictability.

Even despite the extensive financial difficulties facing countries worldwide, there is still an insatiable appetite for manufactured goods. For those companies that produce these goods, not least that have re-shored their operations, the race is on to find new ways not only to survive, but also to thrive. As a means of producing goods economically and at the quantity and quality that consumers demand, automation, and robots in particular, are likely to be finding their way into an increasing number of factories worldwide in the very near future. 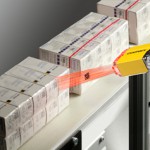