Macroeconomic conditions are having the largest effect on the performance of the low voltage motor drives market in the first half of 2012, with a modestly growing U.S. economy the only bright spot amongst the Eurozone crisis and the Chinese economic slowdown. According to IMS Research’s quarterly tracker and current indicators, global motor drive revenues in 2011 were at a multi-year high and 2012 is likely to set a new peak, albeit only modestly higher.

The world market for low voltage AC & DC motor drives grew from $10.5B in 2010 to over $12B in 2011 and is forecast to grow to $12.4 billion in 2012. 2012, will represent the first year that motor drive sales have grown at single digit growth rates, outside the most recent global recession. “Over the last few years, the majority of the increase in motor drive sales came from Asia while the Americas grew at a slower rate. EMEA motor drive sales by contrast, have not returned to pre-recession levels. The predicted 6 percent to 8 percent year over year motor drive sales growth in the Americas, may offset slower sales in EMEA and Asia,” comments IMS Research Analyst and report author Rolando Campos.

Despite the political and fiscal uncertainty in the U.S., the Americas market for low voltage motor drives has remained resilient in 2012 and revenues are forecast to grow. “The Americas are seeing stronger motor drive sales, in large part, because the U.S. is on a stronger financial footing while the Eurozone is still in the midst of its financial crisis. In addition, an increase in commercial HVAC, oil, gas, and mining projects in the U.S., Canada, and South America has resulted in an increase in demand for motor drives. Finally, as motor drive prices have decreased and energy costs have increased, many companies have decided to replace motor starters and soft starters with motor drives,” Campos adds.

Throughout the second quarter of 2012, EMEA and Asian motor drive sales, by contrast, have contracted year over year. Campos explains that “China’s investment driven economy of recent years has left industries with low capacity utilization rates. In addition, a housing bubble, overstretched credit markets, and fragile commercial banking have made China vulnerable. In EMEA, an economically weaker southern Europe has resulted in lower motor drive sales through the second quarter of 2012.” China’s interest rate cuts and additional spending on infrastructure has contributed to a second quarter motor drive sales increase of 5.2 percent quarter over quarter; however, future Chinese economic stimulus may be muted due to the previous credit expansion, tight labor market, and fears of inflation. In cautious reactions to a slower Chinese economy in 2012, distributors in China have decreased inventories, that will need to be replenished as the Chinese and global economy gains a firmer footing in 2013. In the Eurozone, it remains to be seen whether a stronger Nordic economy can offset a weaker Southern Europe. Currently, IMS Research predicts that EMEA motor drive sales will contract by single-digits in 2012.

While global motor drive sales have slowed in 2012 as compared to 2011, the global economy and the motor drives market appears to be set for a stronger year in 2013 as many political uncertainties are resolved in the U.S., Eurozone, and China. 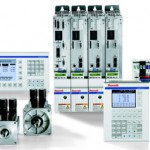 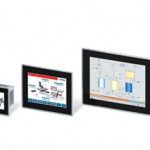