Motion control scene on the move

Motion control involves sensing and controlling movements: the position of a work piece, the speed of a system, the rotational speed of a motor, or all of this at once. Technology is making rapid strides, and only one thing seems hard to control right now: the motion control market itself.

According to a recent study by ARC consulting, while sales of motion control systems rose 45 percent in 2010, the market came almost to a standstill in 2011. This is a result of the tsunami in Japan, slower growth in China and decreased investment in the semiconductor market. However, Sal Spada, author of the ARC study General Motion Control Worldwide Outlook, sees no reason for concern: «Manufacturers are increasingly looking for automation solutions that adapt flexibly to production environments, improve product quality and reduce costs and time-to-market,» says Spada. Ever smaller products and the rise in batch production make it «basically impossible to achieve the necessary production speeds with human workers.» This trend will generate growing demand for motion control, especially from the automobile sector, mechanical engineering and the printing industry. However, takeovers and partnerships have made the atmosphere among suppliers tenser, and new competitors have also conquered significant market share.

A large portion of the global motion control sector steps up for this competition at HANNOVER MESSE 2013. Global players such as Schneider Electric, Beckhoff Automation, Kollmorgen and Siemens are participating, along with Mitsubishi Electric and Parker Hannifin. Halls 14 and 15 are devoted to manufacturing and process automation: Visitors can experience motion control in action, and companies including SEW-EURODRIVE, Getriebebau NORD, Danfoss, Bonfiglioli and Lenze are presenting their products. 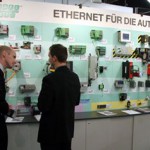 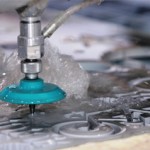