Beckhoff is presenting the pre-release of version 3.1 of the TwinCAT automation software at SPS IPC Drives 2012, Germany. A major new item is support for 64-bit operating systems. This makes more effective use of RAM possible. Nowadays, PCs are equipped as standard with a 64-bit version of the Windows operating system. The TwinCAT runtime can now also be used on these PCs alongside the engineering environment. The PLC runtime for Windows CE operating systems is also supported with TwinCAT 3.1.

Version 3.1 of TwinCAT provides the user with new and extended functions: Integration in Microsoft Visual Studio® 2012 means that the latest version of the world-famous software suite can now be used. The source code control databases such as Microsoft Team Foundation Server or Subversion are available in TwinCAT 3.1, including compare and merge function for all programming languages. Configuration and programming can be generated automatically with the extended automation interface, which is new for the PLC sector.

TwinCAT 3.1 also offers extended possibilities for Motion Control applications; for example, one can integrate one’s own transformations conveniently in NC I and CNC.

New Scope 2 functions facilitate the display and analysis of data even over a long period with many new trigger functions. Additional reporting and print functions are available. The user benefits from the co-operation with TwinCAT Scope 2 in particular in connection with the Condition Monitoring library.

In addition, the TwinCAT OPC UA implementation has been extended by function blocks. A connection from the PLC to a further OPC UA server can be established directly via the OPC UA channel.

TwinCAT 3 was released in late 2011. The software suite provides the user with a modern engineering tool. A TwinCAT 3 application has a completely modular structure for high reusability. The modules can be written in different languages: apart from the IEC 61131, a classic language now extended by object orientation, further languages are available in C/C++ and Matlab®/Simulink®. In the TwinCAT real-time these modules can be distributed to different cores of a multi-core CPU and can be executed highly deterministically even with the minutest of cycle times. 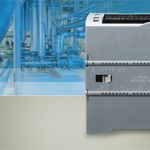