The exciting mixture is enticing when Brau Beviale 2012 invites the industry to the Exhibition Centre Nuremberg from 13–15 November. 1,290 exhibitors (2011: 1,384), including world-renowned regulars as well as start-ups, serve a popular cocktail of high-quality beverage raw materials, innovative technologies, efficient logistics and sparkling marketing ideas for their good 31,500 visitors (2011: 31,693) with money to invest. And the world’s most important capital goods exhibition for the beverage industry this year remains relaxed right to the end: With its new opening days from Tuesday to Thursday – a day earlier than previously – the exhibition largely saves its visitors the inconvenience of weekend travel – whether by air, rail or car.

The exhibitors come from 50 nations, headed by companies from Germany (a good 700), Italy, Great Britain, the Czech Republic, Austria, the Netherlands, Switzerland and Belgium. The event focuses on the whole technology spectrum with machinery and installations for production, filling and packaging of beverages, operating and laboratory equipment, and energy systems. About half the exhibitors can be assigned to this segment. Raw materials for beverage production are another key segment of Brau Beviale. The exhibitors here are the internationally operating hop traders and the manufacturers of raw materials and essences for soft drinks. The marketing product segment offers new concepts and marketing ideas for advertising and sales promotion. In the logistics segment, the leading European truck manufacturers present tailor-made solutions for beverage transportation and distribution. The good 31,500 trade visitors at Brau Beviale come from technical and commercial management in the European beverage industry. Some 36 % of the visitors at the last event travelled from abroad, particularly from the Netherlands, Switzerland, Belgium, Italy, the Czech Republic, Austria, France, Russia, Spain, Great Britain, and other countries of Central Eastern and Eastern Europe.

A good 60 managing directors, technical managers and master brewers from European microbreweries and pub breweries and representatives from the supply industry from countries such as Belgium, Canada, Germany, France, Italy, Japan, the Netherlands, Russia, Switzerland, Spain, South Africa, Turkey and the USA meet in the exhibition centre the day before Brau Beviale. On 12/13 November NürnbergMesse and Versuchs- und Lehranstalt für Brauerei (VLB – Brewery Research and Training Institute) of Berlin are organizing the first “European MicroBrew Symposium – Market, Trends and Technology”. The development towards individual, craft-brewed beers that started in the USA can now also be observed in many European countries. The one-and-a-half-day symposium, which will take place annually in Nürnberg in future, takes up this trend with presentations on the international market, special raw materials for craft breweries, taste, sustainability and the brewing process, plus an excursion.

The “Energy & Water” theme pavilion, which is organized together with the Competence Pool Weihenstephan of Munich Technical University, focuses on renewable energy, rational energy conversion, cogeneration units, contracting, disinfection, and recovery, analysis and treatment of water. The “Future Beverage Industry 20XX” theme pavilion ventures a look into the future of the beverage industry. How can costs be cut? What technologies help to increase production? How can quality management be improved? Here the companies together with VLB present their visions and creative ideas. The successful cooperation in the PET segment between the two leading exhibitions for the beverage industry, drinktec in Munich and Brau Beviale, enters its second round in 2012. The background to the cooperation is the exceptionally fast innovation cycle in this field. PETpoint, the PET segment of drinktec, is therefore also present at Brau Beviale in Nürnberg – with raw materials, preform manufacture, stretch blow-moulding technology, filling systems, closure production, labelling, recycling and accessories.

The 9th European Beer Star Award also exceeds all expectations: 1,366 European-style beers from 45 countries on all continents were tasted by 102 beer experts in October. They – like the consumer – judge on the basis of purely sensory criteria: appearance, smell and taste. What do the colour and head look like? How does the beer feel in the mouth? How does it taste? Are the typical criteria for the kind of beer fulfilled? Europe’s biggest beer competition was launched jointly in 2004 by Private Brauereien Bayern – the Bavarian private breweries association and honorary sponsor of the exhibition – and the German and European federations. Visitors can try the winning gold medal beers on the first day of the exhibition and choose their favourite beer: the Consumers’ Favourite in gold, silver and bronze.

German food processing and packaging machinery – including beverage machinery – leads the world. About a quarter of the globally traded food processing and packaging machinery comes from German production. This leading position gives the manufacturers an average export rate of 85 %. Asia is meanwhile the second most important sales region after Europe. The Verband Deutscher Maschinen- und Anlagenbau (German Engineering Federation)expects another year of growth in 2012 that will at least reach the previous year’s growth rates again. In the beverage machinery subsegment, which covers beverage production and beverage packaging machinery, the some 100 firms with 14,000 employees in the core segment increased their production value last year by 8.2 % to 2.04 billion euros. The production value in the first half of 2012 grew by 11.7 % over the comparable value of the previous year to reach 1.14 billion euros. Because, for example, components or machinery for PET bottles are shown elsewhere in the statistics, total sales in the industry are estimated as approximately twice as much. The whole food processing and packaging machinery segment with some 600 manufacturers achieved 7.3 % growth in 2011 to reach 10.55 billion euros. The positive trend in the first half of 2012 increased to 11.2 % growth and 5.25 billion euros production volume.

The world is getting thirstier all the time

A good 812 billion litres of packed drinks were consumed worldwide in 2011, more than one-third of them in North, Central and South America and a good quarter in Europe. The global market is shared between non-alcoholic and alcoholic drinks at a ratio of about 70 to 30 %. Experts estimate that the world’s thirst will increase by 3.8 % a year and top 976 billion litres by 2016. Growth drivers are the Asia/Pacific region incl. China and Japan and the Middle East/Africa region with forecast annual growth rates of a good 7 and almost 6 % respectively. Consumption will grow by only 0.7 % in the already excellently supplied industrial nations of Western Europe, compared with 2.3 % a year in Eastern Europe (Euromonitor October 2012).

German beverage consumption (including coffee, tea and milk) rose by a moderate 1.5 l to 741 l per head in 2011. Everyone enjoyed almost 296 l of non-alcoholic drinks, approx. 5 l more than in 2010. The clear winners here were waters ahead of soft drinks. With a total of almost 137 l, German throats swallowed just one glass (0.3 l) less of alcoholic drinks. Every German drank a good 107 litres of beer, only a mouthful (0.2 l) less than the previous year’s figure (beverage manufacturing associations).

About the NürnbergMesse Group

NürnbergMesse is one of the 20 largest exhibition companies in the world and among the Top Ten in Europe.The portfolio covers some 120 national and international exhibitions and congresses and approx. 40 sponsored pavilions at the Nürnberg location and worldwide.Every year, around 30,000 exhibitors (international share: 37 %) and up to 1.4 million visitors (international share of trade visitors: 21 %) participate in the own, partner and guest events of the NürnbergMesse Group, which is present with subsidiaries in China, North America, Brazil and Italy.The group also has a network of 46 representatives operating in 97 countries. 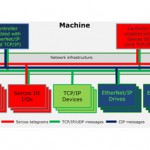 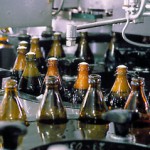