Sercos International (SI) announced today that the first demonstration systems that utilize the blended infrastructure approach of Sercos III and EtherNet/IP will be shown at this year’s SPS show in Nuremberg/Germany (November 27-29, 2012), booth 110, Hall 6. The demo will show various Sercos III and EtherNet/IP devices connected to controller prototypes from Bosch Rexroth and Schneider Electric using a common Ethernet infrastructure on a single cable.

The blended infrastructure approach was announced in April 2012 by ODVA and SI as one of the first practical results of the machinery initiative, in which SI, ODVA and OPC Foundation collaborate.

Because the network infrastructure required for EtherNet/IP and Sercos III includes the physics and data link layers of Ethernet, Sercos telegrams, CIP messages and TCP/IP messages can coexist within a network without requiring additional cables. To keep the cyclical and clocked communication of Sercos III intact, the CIP messages and TCP/IP telegrams are transmitted in the Unified Communication Channel (UCC) which is an integral part of the Sercos transmission method.

«We are convinced that today’s great variety of automation technology requires a new conceptual approach to simplify integration of machinery in manufacturing,» said Peter Lutz, Managing Director of Sercos International. «A common network infrastructure enables machine builders and users to reduce the cost and complexity of machine integration while retaining the ability to utilize their preferred product suppliers and automation devices.»

The blended infrastructure approach does not require any modifications to the existing Sercos III and EtherNet/IP specifications, as the respective communication mechanisms have already been integrated in the Sercos III transmission process. Only an implementation guide describing the planning and set-up of such multi-protocol networks is required. 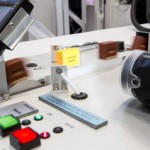 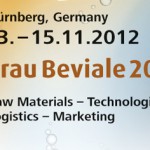