For the third time in 2013, the ROBOTICS AWARD – prize for applied robotics solutions – is being offered by the organizers of HANNOVER MESSE in association with the Robotation Academy and the Industrieanzeiger trade journal. The ROBOTICS AWARD will be presented to the winners at 3 p.m. on day two of HANNOVER MESSE 2013 (9 April) in Forum Robotics, Automation & Vision in hall 17.

Robot-assisted automation has become commonplace throughout modern industry and commerce. Robots are being deployed to great advantage in virtually every sector and to an increasing degree also by small and medium-sized enterprises – not least due to the need to boost cost efficiency in the face of global competition. The ROBOTICS AWARD is given to honor and encourage excellence in the field, and is now entering its third season.

Who is eligible to participate?

Companies and institutions from any country, regardless of whether they are registered as HANNOVER MESSE exhibitors.

What kind of solutions can be submitted?

Products, technological breakthroughs, solutions and projects that make an innovative contribution to robot-assisted applications in industrial automation or mobile robot and/or autonomous systems. For details, please refer to the entry forms.

– Major online and print media exposure at HANNOVER MESSE and in Industrieanzeiger, as well as at the Robotation Academy

– Valuable prizes for the top three winners in the form of extensive PR and advertising in conjunction with HANNOVER MESSE, Industrieanzeiger and the Robotation Academy 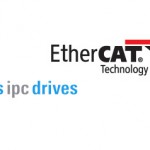 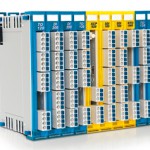