Surprising, but true: German industry still uses traditional parallel cables in around 70 per cent of its automation solutions, while in North America the figure rises to 80 per cent. The potential for savings is considerable: the effort and expense involved when traditional parallel cabling is used for sensors and actuators is frequently many times higher than that required when using fieldbus connectors, for example. In response to this customer demand, the Lapp Group has recently expanded its portfolio of products for automation technology. At the SPS IPC Drives trade show (Hall 6, Stand 451), Lapp will be introducing a large number of innovative EPIC® Data connectors, such as the EPIC® Data PROFIBUS PRO and the X-coded ETHERLINE® EPIC® Data Cat. 6A. These have been designed for use in areas of automation and control technology, in which electromagnetic compliance is vital, as well as in mechanical and plant engineering. These connectors operate on a simple «plug & play» principle that makes them quick to install, thereby saving time and money.

The 9-pin EPIC® Data PROFIBUS PRO connector is made of tough, solid metal. This guarantees a secure PROFIBUS network connection and a high degree of protection in harsh environments, maintaining functions and guarding against outages. The EPIC® Data PROFIBUS PRO connector is available with 35°, 90° or axial cable outlets, with M12 or spring terminal connectors. Additional benefits are an increased temperature range (-20° to +70°C), 200 mating cycles, minimized transmission losses and an integrated diagnostic interface with a permanently attached protective cap in the 35° and 90° versions.

The EPIC® Data PROFIBUS connector with Optical Link Module is a new addition to the range, designed to bridge large distances simply and easily using a plastic fibre optic cable (POF fibres up to 65 m) or a plastic-coated glass fibre optic cable (PCF fibres up to 250 m). This connector also ensures galvanic isolation in the event of problematic potential differences. Further benefits include a fully-fledged PROFIBUS Repeater (Sub-D, 9-pin) with an optical interface for HFBR, SMA or BFOC connectors, diagnostic LEDs for bus termination and data reception, an operating temperature of 0° to 60°C and a metallized plastic housing with an IP 20 protection rating. Since the power supply comes from the terminal device, no external power supply is required. Also included are the appropriate optical connectors, which can be configured to customer requirements. With the HITRONIC® product range, Lapp can supply the right fibre optic cables for all optical EPIC® Data PROFIBUS connectors.

Plenty of power and long-distance connections are guaranteed with the new field-configurable ETHERLINE® EPIC® Data Cat. 6A (ISO/IEC 11801:2010). This M12 X-coded connector for Industrial Ethernet applications is suitable for the high bandwidth requirements of 10-gigabit Ethernet at transfer frequencies of up to 500 MHz over distances of up to 100 m. It complies with the IEC 61076-2-109 standard, and was specially developed for use in data processing centres, industrial cabling (IP 67) and structured cabling in buildings. The zinc die-cast housing is tough and vibration-resistant, and guarantees 360° shielding. The mating face is standardized. Also included are piercing contacts for litz wire diameters ranging from 0.48 to 0.76 mm, and for solid conductor diameters from 0.4 to 0.64 mm, all-metal shielding between the individual pairs and a temperature range stretching from -25° to +85°C. This small, highly compact data connector comes in three parts, and can be installed without tools.

The revised, drag-chain-compatible HITRONIC® glass fibre optic cables have also been added to the Lapp range. The HITRONIC® HRM-FD Breakout Cable, with up to 12 individual cabling elements, was developed in compliance with the MIL-C_85045 military specification. The individual elements come in the form of central tubes with non-metal strain-relief elements and individual 2.0-mm sheaths. The HITRONIC® HRM-FD cable is also flame resistant, with halogen-free outer sheath. It is highly flexible, UV-resistant and noted for its outstanding mechanical resilience. With this new arrival, the Lapp Kabel range now includes both drag-chain-compatible connection and control cables and drag-chain-compatible bus, network and fibre optic cables. 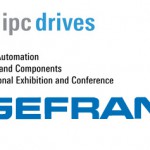