With the launch of Simatic S7-1500, the Siemens Industry Automation division is introducing a controller family of the next generation for medium to high-end machine and plant automation. The new generation of controllers is characterized by high performance and efficiency. Its characteristic features include outstanding system performance and a host of functions integrated as standard, including Motion Control, Security for maximum possible plant security, and Safety for safety applications that are easy to implement. Greater efficiency is represented in particular by the innovative design for simple commissioning and safe operation, the configurable diagnostic functions for the plant status and the integration into the TIA Portal for simple engineering and low project costs.

The new generation of Simatic S7-1500 controllers is being launched on the market in stages. Initially, the portfolio will comprise the three CPU types 1511, 1513 and 1516 for the medium performance range, each also available as a F-version (failsafe) for safety applications, with graded performance features. These differ, for example, in the number of interfaces, bit performance and the size of the display and data memory. According to the individual automation task, the CPUs in the central configuration can be supplemented with as many as 32 expansion modules, e.g. with the new communication and technology modules or IO modules, in the same format as Simatic ET 200MP from Siemens.

Simatic S7-1500 has been geared toward performance and efficiency. With regard to overall performance, the technology, security, safety and system performance have been considerably improved. In order to increase efficiency, further developments have been made specifically in the areas of design and handling, system diagnosis and engineering with the TIA Portal.

The high level of system performance with fast signal processing permits extremely short response times and a high quality of control. To this end, Simatic S7-1500 has a fast backplane bus with a high baud rate and efficient transmission protocol. The response time from terminal to terminal is less than 500 microseconds and the command time in the case of bit instructions, depending on the CPU, is faster than ten nanoseconds. The CPU 1511 and CPU 1513 controllers are equipped with two Profinet interfaces and the CPU 1516 controller with three: two for communication with the field level and the third for the integration into the corporate network. Profinet IO IRT permits defined reaction times and high-precision system behavior. In addition, a web server is integrated for the location-independent querying of system and process data or for diagnostic purposes.

In the field of technology, the Simatic S7-1500 is also characterized by its Motion Control functions that are integrated as standard. These enable analog and Profidrive-compatible drives to be connected without additional modules, supporting speed and positioning axes, as well as encoders. Blocks standardized in accordance with PLCopen simplify the connection of Profidrive-compatible drives. For the effective and fast commissioning of drives and controllers, the user can implement trace functions with which programs and motion applications can be diagnosed in real time, enabling the drives to be optimized. A further integrated technology function is PID control, for which easily configurable blocks are available to ensure a high quality of control. The control parameters are tuned automatically.

The Security Integrated concept for Simatic S7-1500 extends from block protection to communication integrity and supports users in safeguarding their applications. Integrated functions for protection of know-how, e.g. against the reproduction of machines, help to protect against unauthorized access and modification. For copy protection the Simatic memory card is used, on which individual blocks are linked to the serial numbers of the original memory card. This should ensure that programs only run with the configured memory card and cannot therefore be copied. Access protection addresses the problem of protecting the application against unauthorized configuration changes. To this end, different user groups can be assigned separate rights by means of authorization stages. Special mechanisms are geared toward recognizing modified engineering data – in order, for example, to protect the data transmitted to the controller from unauthorized manipulation.

Safety is integrated in Simatic S7-1500. For failsafe automation, the user deploys the F-version (failsafe) of the new controllers, using the same engineering and operating concept for the standard and safety-related programs. The user is assisted by the central Safety Administration

Editor when defining and modifying safety parameters. For example, he receives graphical support when putting the failsafe drive technology into service. The new controllers are certified in accordance with EN 61508 for functional safety and are suitable for use in safety-relevant applications up to SIL 3 according to IEC 62061 and PL e according to ISO 13849.

In the design and handling for Simatic S7-1500 special priority has been given to the easiest operation and maximum possible user-friendliness – with many innovations in the detail. For example, Simatic controllers have been equipped with a display for the first time – with convenient operation and detailed plain text information for full plant transparency. A standardized front connector saves time for the user when wiring and simplifies the storage of spare parts. Integrated potential bridges support the simple and flexible formation of potential groups. Auxiliary components, such as automatic circuit breakers or relays, are mounted quickly and easily onto the integrated DIN rail. The expandable cable storage room enables the front door to be closed easily, even if cables with this insulation are used, by means of two predefined latching positions. The prewiring position with secure swiveling wiring and latching simplifies the initial wiring and reconnection of terminals. The integrated shielding guarantees the proper shielding of analog signals and thus a high quality of signal reception and robustness in terms of external electromagnetic interference. One further positive feature is the scalability: A Simatic S7-1500 CPU can easily be expanded centrally with as many as 32 modules per rack. Users assemble the modules as required according to their individual automation task.

The integrated system diagnostics in Simatic S7-1500 include an extensive diagnostic functionality without any additional programming effort. The diagnosis is simply configured instead of being programmed. Furthermore, the display concept has been standardized. Messages, for example from the drives or concerning faults, are shown on the CPU display as plain text information and visualized identically on all devices – in the TIA Portal, at the human machine interface (HMI) and in the web server. The practical and visual 1:1 assignment of terminal and LED labeling also offers advantages for the user, by saving time during commissioning, testing and diagnosis, as well as during operation. Moreover, the channel-discrete display, with which the user can quickly detect and accurately assign the corresponding channel, helps in the event of a fault.

Engineering with the TIA Portal:

Like all new Siemens automation devices, the new Simatic S7-1500 controller is also integrated into the TIA Portal engineering framework. This offers a standardized operating concept for controller, HMI and drives, shared data storage and automatic data consistency throughout the project, as well as powerful libraries covering all automation objects. The new Version 12 of the TIA Portal is characterized by greater functionality, automatic system diagnostics, integrated safety functionality, powerful Profinet communication, integrated security and optimized programming languages. Thanks to its task-oriented and intuitive editors, the new software is easy to learn and use. It has efficient functionalities for fast programming, commissioning and service. Special importance has been attached to the reuse of and compatibility with existing projects and software: For example, when switching from S7-300/400 to S7-1500, projects can be reused and S7-1200 programs can be transferred to S7-1500 by means of a copy function. 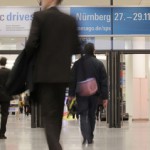