Asia-Pacific Market for PLCs will exceed $3.6 billion in 2016

IMS Research projects that revenues in the Asia-Pacific PLC market (excluding Japan) will rise to $3.6 billion in 2016, according to a new study The World Market for PLCs – 2012.

For different regions, there are quite different situations for the PLC market:

EMEA: The EMEA market for PLC hardware and directly associated software and services was estimated to have been worth $4.2 billion million in 2011. Compared with 2010, revenues grew by 23.1 percent; however, they are forecast to grow much slower from 2012, mainly because of the Eurozone debt crisis. Overall, the total market is forecast to grow at a CAGR of 7.8 percent from 2010 to 2016.This is by far the largest market in the world.

Americas: After a strong recovery in 2010, the American PLC market entered a period of modest growth. Thanks to domestic spending, economic performance in the U.S. has gradually been recovering throughout 2012, as indicated by several consecutive positive announcements relating to employment figures. The market in the Americas is projected to grow at a modest rate from 2012 to 2016.

Japan: Japan’s post-earthquake recovery and reconstruction boom has stopped. Having increased by 30 percent in U.S. dollars in 2010, growth of Japanese PLC revenues slowed to an estimated rate of 9.6 percent in 2011. The slowdown is largely due to tepid private domestic demand and significant headwinds for exports, such as China’s anticipated growth moderation, the Yen’s excessive strength, and the Japanese government’s overextended balance sheet.

Asia-Pacific: PLC revenues grew 8.6 percent in Asia Pacific in 2011,falling sharply from more than 50 percent in 2010.This is mainly due to weakening external demand and the tightening monetary and fiscal policy against inflation. Following slow-down period, growth in China appears to be stabilizing as government stimulus measures take hold. Recently, growth in industrial production, merchandise exports and real retail sales all quickened. Exports are expected to remain vulnerable for some time to come.

“Because of tightening policy during 2011 by policymakers concerned about the risk of overheating and buildup of inflationary pressures, Asia Pacific had growth of 8.6 percent in revenues, which was much lower than in 2010,” commented Jay Tang, author of the latest PLCs report from IMS Research. “But the tightening policy will not continue over next few years, due to the bad export situation and the slowdown of economy growth.”

Despite these challenges, IMS Research predicts that the long-term opportunities for the Asia-Pacific market remain strong, especially in China and India. China was estimated to account for 52.3 percent of the revenues in the region in 2011. India followed, with 18.8 percent, a share which is forecast to grow more slowly than China’s.

“Although the growth rate of Asia-Pacific PLC market has decreased to 7.0 percent, in IMS Research’s forecast, it was still projected to grow fastest of the regions over the next five years,” continued Tang, “The compound annual growth rate from 2011 to 2016 will come back to 8.8 percent. By 2016, the Asian market is predicted to reach $3.6 the second largest in the world.” 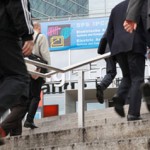 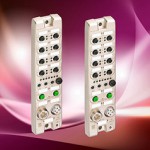 Secure EtherNet/IP connection of sensors and actuators to controllers