Yaskawa Electric Corporation (“YASKAWA”) announces the signing of an agreement between its European subsidiary, YASKAWA Europe GmbH (“YEU”) based in Eschborn, Germany, and VIPA Gesellschaft für Visualisierung und Prozessautomatisierung mbH (“VIPA”), based in Herzogenaurach, Germany, whereby YEU will acquire a majority of the shares of VIPA.

With the integration of VIPA into the YEU organization, YASKAWA is implementing its plan to complete its product portfolio with a view to becoming a ‘Total Solution Provider’. A combination of VIPA’s product portfolio of PLCs, I/O modules and HMI, with YASKAWA’s inverter, AC servo and robot product lines, will enable YASKAWA to offer a comprehensive automation solution portfolio for a diverse set of markets.

‘The VIPA is a perfect fit for Yaskawa. There are no overlap in our product portfolios, but are very complementary with much synergies to be expected’, states Koichi Takamiya, CEO and Regional Head for Europe, YASKAWA Europe GmbH.

‘The tight cooperation with the global YASKAWA organization provides great growth opportunities for VIPA, particularly in Asia and the Americas’, explains Wolfgang Seel, CEO of VIPA.

‘Beside the synergies resulting from the combined and integrated product portfolio, there are much more benefits for existing and new YASKAWA customers’, states Manfred Stern, President of YASKAWA Europe GmbH. ‘By adding engineering resources ‘Drives & Motion Division’ and ‘Robotics Division’ to VIPA, YASKAWA Europe now has a strong development team here in Europe, close to our customers and the markets. The VIPA acquisition, the recent significant investment into the new Headquarters infrastructure of the Robotics Division in Germany and the acquisition of YASKAWA Southern Africa earlier this year, proves YASKAWA’s commitment to the EMEA region as well as the growth expectations for Europe’, according to Manfred Stern.

The closing of the transaction is subject to customary merger control clearance by the relevant competition authorities.

With an annual sales volume of more than 3 billion Euros, YASKAWA is a world-leading manufacturer of Sigma V series AC servos, A1000 series AC drives, and Motoman industrial robots. For close to 100 years, the company’s philosophy has been based on the principle of highest performance, reliability and quality, making YASKAWA a global leader.

YASKAWA Europe GmbH, based in Eschborn near Frankfurt, serves the markets of Europe, Africa, the Middle East, and the territory of the former Soviet Union.

VIPA was founded in 1985 in Erlangen by Mr. Wolfgang Seel as a system house for automation engineering. After the first PC-based machine operating panel there were further developments of control and communication modules. The first customers were from the automotive and food industry, for which it undertook engineering and machine and plant construction.

The introduction of the modular automation System 200V was the basis for creating more powerful, faster and more reliable control systems.

The development of the SPEED7 High-SPEED PLC in 2003 was a further technological milestone in the automation equipment range (www.speed7.com). PLC systems from VIPA equipped with Speed- technology7, belong to the most powerful PLC systems in the market. VIPA offers from small to high performance, all types of PLC systems, including Romote I/O, Touchpanels and SCADA systems. VIPA is widely known as a system solution provider to all types of industry.

VIPA is an international company serving its customers in 59 countries worldwide through an extensive network of solution partners, representative offices and affiliates. 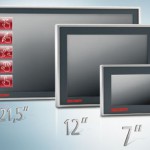 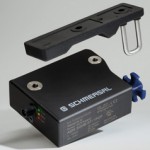