The efficient use of energy and other resources, along with sustainability, networking and mobility, are the major challenges of the future. HANNOVER MESSE 2013 (8-12 April) will illustrate how industry addresses these issues with smart technology and solutions. Industrial Automation – Leading Trade Fair for Process, Factory and Building Automation Systems and Solutions – focuses on the efficient use of energy and resources, including smart production systems and processes. “Next year, when the entire sector gathers in Hannover at Industrial Automation, we will have a unique concentration of automation technology know-how at one venue”, says Oliver Frese, Senior Vice President at Deutsche Messe AG.

The automation technology sector is an important force behind innovative economic development and is currently experiencing remarkable growth rates worldwide. Frese attributes this to “the extremely high rate of innovation in the field of automation”. At the same time, the dynamic pace of innovation represents enormous potential for investors. The German Electrical and Electronic Manufacturers’ Association (ZVEI) estimates that by 2050 it will be necessary to invest 23 billion euros in the chemical, paper and metal industries, as well as in the processing of building materials in order to achieve savings through increased efficiency amounting to approx. 102 billion euros.

Industry is grabbing the chance to introduce cutting-edge products and solutions to automate and optimize industrial processes. The continued growth of process automation is thus guaranteed. The ZVEI also estimates that by the end of 2012 the number of contracts awarded to this sector over the entire year will have risen by approx. five percent worldwide. Daniel Huber, Head of the Process Automation Division in Central Europe, ABB, confirms: “According to the marketing research institute IHS growth in Central Europe is expected to again reach a steady long-term average of about three to four percent – assuming no further global economic upsets occur in the meantime.” Speaking about HANNOVER MESSE, Huber said: “As providers of automation and energy technology we take a very positive view of the restructuring of the automation display category and the move last year of the process automation display into Hall 11.”

Solutions aimed at optimizing efficiency in industrial processes – both energy efficiency and the rational use of other resources – will take centre stage at Industrial Automation 2013. Trade visitors will find that the seven halls dedicated to the leading trade fair Industrial Automation house an amazing array of innovative applications of process and production automation, as well as keynote presentations of industrial IT und robot technology. The large number of exhibitors and visitors from across the world includes a high proportion of decision-makers and professionals (96.5 percent in 2012), thus helping to make Industrial Automation one of the flagship events of HANNOVER MESSE. “The exhibiting companies meet precisely the audience they hope for – well-informed professionals and decision-makers who know what they want and are prepared to invest when they find it”, explains Frese.

By featuring the keynote theme “Integrated Industry” at HANNOVER MESSE 2013, the organizers have placed the spotlight on the increased networking of all areas of industry at the world’s most important technology event. The trade show Industrial Automation, with themes such as embedded systems and smart production, will put the focus on integrated automation processes. Intelligent production systems and processes, as well as the realization and coordination of networked, geographically separate production facilities, will demonstrate clearly that “Integrated Industry” is a living reality.

Companies exhibiting in the display category Industrial IT will showcase server and network-based IT solutions which augment automation. These systems permit production processes and value chain networks which, until recently, had been regarded as inconceivable. Visitors to this particular display area will be able to find out in detail about embedded systems and smart production.

Industrial Automation 2013 will also highlight energy efficiency in industrial processes. Exhibitors at the special display devoted to energy efficiency will present products, systems and software for measuring and monitoring energy consumption and show how their leading-edge technology is integral to transparent, systematic energy management. The Efficiency Arena provides an established platform for discussions of every aspect of efficient energy management. One of the issues here is how to achieve significant energy savings by using automated production processes.

“Robot technology is now a core technology for industrial production and vital to the realization of energy-efficiency goals and networked automation solutions”, explains Frese, and adds: “Increasingly sophisticated high-performance robots are being used in a growing number of areas where they already often contribute to considerable cost-savings and greater flexibility. Robotics forms a core technology which is expanding at an enormous rate and therefore plays a major role at Industrial Automation.”

In 2011 alone turnover in the German robot and automation technology sector grew by 35 percent to a total 10.2 billion euros. Understandably, robot technology is a major crowd-puller for HANNOVER MESSE. Consequently, the display space allocated for Application Park Robotics, Automation & Vision at Industrial Automation has been doubled. Other integral elements of the trade show include the Vision Applications Park, a special show that addresses quality assurance and resource-efficiency in modern production processes. This presentation is flanked by the special display Mobile Robots & Autonomous Systems, which covers the entire spectrum of mobile systems for industrial production, the public sector and services.

Various other special displays augment Industrial Automation 2013, not least Wireless Automation & M2M and Industrial Security & Product Protection in Hall 8, PUMPENplatz in Hall 14 and MicroTechnology – Smart Systems for Automation in Hall 17. Special displays such as these are often the platform favoured by innovative small and medium-sized companies for showcasing their expertise. As Frese points out: “This display format allows the leading trade fair Industrial Automation to offer an ideal platform for every company to exhibit its products and reach customers from Germany and further afield”.

About HANNOVER MESSE (the Hannover Fair) 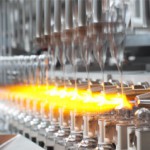 Bausch + Ströbel uses zenon from COPA-DATA throughout the company 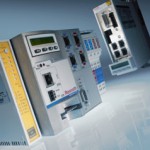 Integrated safety solutions from Rexroth with CIP Safety on sercos