At this year’s SPS/IPC/DRIVES trade fair, Siemens and SICK show how to implement innovative control, actuator, sensor and network solutions based on IO-Link for the benefit of end customers.

For this purpose, in a joint partnership project with the machine builder KHS GmbH, an Innopack Kisters CSM050-1 machine, used to glue the carrying handles on two different six-pack units, was equipped throughout with IO-Link-capable control, switching, and sensor technology.

Implementing what the market demands

More quickly, precisely, flexibly, and cost-effectively – successful machine builders react to their end customers’ demands with investments in innovations, e.g. in terms of high-quality sensor technology. Technical progress makes this approach possible, for in recent years sensors have developed further to a great extent. Because of powerful microelectronics, they now offer new possibilities of representing intelligent functions in the sensor itself. At the same time, they create, e.g. by means of IO-Link, the technological prerequisite for integration into the control system and thus the automation network of a machine. That this communicative intelligence goes down well with the market is demonstrated by the fact that the number of I/Os installed on average in every machine has quadrupled over the past ten years.

Controllers and sensors connected via IO-Link

Subdivided into the five process steps of “loading and unloading the machine,” “conveying and pushing packs,” “conveying and singulating packs,” “applying carrying handle,” and “combining and returning packs,” controllers and switching technology from Siemens and nearly two dozen smart sensor solutions from SICK with the most diverse functions are integrated into the KHS machine. The WL12G-3 photoelectric sensor used for reliably detecting the front edge of a six-pack on an assembly line debounces decentrally what it actually sees, not the switching signal. The feasible debounce times are independent of cycle times, bus propagation times, or input delays. Using the time-stamp function, the WL12G-3 photoelectric sensor detects the front and back edge of a six-pack on the infeed conveyor. The new MPA magnetic cylinder sensor solves position detection of a cylinder on the infeed belt. Direct actuation of the pneumatic valve by the MPA via the time-stamp function optimizes sensor-actuator communication within the network. An inductive sensor is used for high-speed rotation speed monitoring, i.e. for detecting the speed of the motor on the conveyor belt. Serving as an alternative to a central counter module, a photoelectric sensor of the W4-3 product family proves its worth as an optical pulse counter at the perforated disk. The UM18 ultrasonic sensor directly measures the height of six-packs – elaborate conversion and interpretation of the analog signal in the control unit become redundant. The DT35 distance sensor determines the profile of the six-packs and stands the test as a technical and economical alternative to high-precision sensors featuring analog outputs and an analog PLC input card. WSE4-3 photoelectric sensors are used to detect gaps between two six-packs. The sensor determines highly accurately the time between the six-packs, transmitting it in a non-time-critical way to the higher-level SIMATIC controller via the new IO-Link-Master CM 4xIO-Link using a decentral SIMATIC ET 200SP periphery.

A photoelectric sensor of the WL12G-3 product family takes on the task of enabling the machine’s application head for attaching the handles to the six-packs. In this connection, a production-dependent debounce value (e.g. 3 ms) is made available to the sensor. If a device requires replacement, identification of the sensor takes place first. Subsequently, the application-specific parameters are loaded by the IO-Link Master to the WL12-3. Automatic parameterization using the IO-Link Master (in accordance with IO-Link specification 1.1) prevents confusions and incorrect settings of sensors.

Communication integration of sensors and actuators as the lowest field level renders the information flow within the entire automation pyramid fully continuous. Even though the individual sensor functions differ, the smart sensor solutions implemented in machines essentially lead to a significant plus in flexibility, reliability, availability, user-friendliness, and efficiency – accompanied by concurrent cost-optimization of the individual processes in the machine. Thus, the future belongs to the philosophy and technology of IO-Link as implemented jointly by Siemens and SICK with KHS’ machine serving as an example. 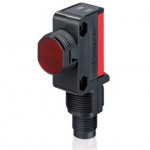 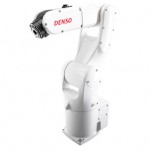