The Siemens Industry Automation division has extended its «Totally Integrated AutomationPortal» (TIA Portal) engineering framework with numerous new functions. Version 12enables all Siemens drives of the Sinamics G converter series to be parameterized via theTIA Portal, and additional diagnostic functions have been integrated. Among other things,the safety functionalities have been extended for Simatic S7-1500 and the Profinetcommunication performance has been expanded. The programming languages have beentrimmed for even greater efficiency and new security functions provide improved protectionof know-how, and better security against copying and access.

Within the framework of thenew version of the TIA Portal there are also updates for engineering tools for theconfiguration, programming, commissioning and servicing of the Siemens automationdevices and drive systems. These include, for example, the following engineering systems:Simatic Step 7 V12 for Simatic controllers, Simatic WinCC V12 for HMI systems (SimaticHMI) and Sinamics Startdrive V12 for the Sinamics G converter family.

The Siemens TIA Portal enables users to perform automation and drive tasks quickly andintuitively. The software architecture is designed for high efficiency and user-friendliness, and it issuitable for both first-time users and experienced users. It offers a standardized operating conceptfor controllers, human machine interface (HMI) and drives, for shared data storage and automaticdata consistency, for example during configuration, communication and diagnosis, and also offerspowerful libraries covering all automation objects.

Seamless drive integration: With the «Sinamics Startdrive V12» engineering system, integratedinto the TIA Portal, the Siemens Sinamics G drives can be quickly and efficiently parameterized forthe automation task and then put into service. The drives are also integrated automatically into thesystem diagnosis. Another new feature of TIA Portal V12 is the scalable and flexible motionfunctionality with the new Simatic S7-1500 controllers for drives connected on a centralized ordistributed basis. Blocks compliant with PLCopen are available for the programming, as well asmotion-control technology objects for the control tasks and parameterization of the converters. Thisenables typical, non-synchronized motion processes to be programmed and tested. Absolute andrelative positioning, referencing, speed specification and absolute encoders are supported.

Integrated system diagnostics: The configuration of the diagnostics is integrated in the systemfor user-friendly operation and can be activated with just a single click. In the case of newhardware components, the diagnostic information is updated automatically. With an improved andstandardized display concept, status or error messages are visualized in exactly the same way –not only in the TIA Portal and on the HMI devices, but also in the web server and on the display ofthe new Simatic S7-1500 controllers. The real-time trace function for the controllers and drivesenables user programs and motion applications to be diagnosed with great precision and thedrives to be optimized.

Integrated safety functionality:The «Step 7 Safety Advanced V12» engineering system for theTIA Portal integrates the safety engineering of the Simatic S7 controllers including the Simatic S7-1500 devices. An optimized compiler with an efficient code offers fast processing of the failsafeprogram. Also new are the autonomous prioritization and timing setting, as well as the visualmonitoring of the error cycle time. A simplified acceptance printout as well as the new functionalsignature for the user program shorten the acceptance procedure, even if modifications have beenmade. An additional safety stage for the safety configuration increases the protection againstunauthorized changes. Sinamics Startdrive in Version 12 or higher also supports failsafe functionsfor Sinamics converters.

Multi-stage security: The concept of «Security Integrated» in TIA Portal V12 in connection with thenew Simatic S7-1500 controllers extends from block protection to communication integrity andhelps users to safeguard their applications. Integrated functions for safeguarding know-how, e.g.against the cloning of machines, help to protect against unauthorized access and modification. The copy protection uses the Simatic memory card, on which individual blocks are linked to the serialnumbers of the original memory card. This should ensure that programs only run with theconfigured memory card and cannot therefore be copied. Access protection addressesunauthorized configuration changes. To this end, different user groups can be assigned separaterights by means of authorization stages. Special mechanisms are geared toward recognizingmodified engineering data – in order, for example, to protect the data transmitted to the controllerfrom unauthorized manipulation.

In designing the TIA Portal V12, particular importance was attached to the reuse and compatibilityof existing projects and software: for example, when switching from Simatic S7-300/400 to S7-1500, projects can be reused and S7-1200 programs can be copied and pasted into S7-1500.Projects created in Version 11 can also be opened and saved in Version 12. 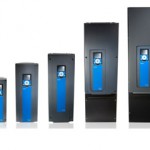 Vacon to launch VACON 100 FLOW for pump and fan applications 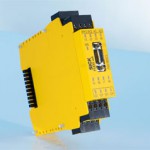