The world market for industrial robots was worth an estimated $8.2 billion in 2011 according to IMS Research (now part of IHS Inc. (NYSE:IHS)). Around 68 percent of revenues were for articulated, and two-thirds of this were for robots designed for use in applications requiring a payload of above 15kg.

To-date, industrial robots have typically been used for heavy-duty applications such as welding, palletising and assembly. However, in recent years there have been significant advances in machine vision, sensing and gripping, which has enabled robots to start being used in new industrial applications and unfamiliar sectors. The food, beverage and personal care and consumer electronics industries are forecast to be the two fastest growing sectors for industrial robots from 2011 to 2016, growing at an average annual rate 8.6 percent and 8.0 percent respectively. Lower payload applications are generally more common in these industries.

Kiran Patel, analyst at IMS Research explains, “The consumer electronics industry is characterised by many labour-intensive assembly processes. Traditionally, work has been carried out by hand in regions of low labour cost, such as China. In recent years, wages have been rising per year in term of U.S. dollars (around 14 percent according to Chinese government statistics); also young people are more likely to enter further education than pursue industrial apprenticeships. Consequently, labour has become more scarce and expensive. Patel continues “The interest in industrial robots has increased in labour-intensive industries as companies look to automate and cut costs. Taiwanese electronics manufacturer Foxconn has announced that it plans to deploy one million industrial robots in its plants in 2-3 years. Whether or not this does come into fruition is another question but this certainly points towards the growing application of industrial robots in the industry.”

In the food and beverage industry, greater purchase of robots has more to do with the fact that it is an industry that fluctuates less with changes in general economic activity. With economic uncertainty continuing in the Eurozone, manufacturers of industrial robots do not want all their revenues to come from automotive industry (which is one of the most sensitive to the rise and fall of the general economy). Manufacturers of robots have reacted by offering robots with a high protection class, making them applicable to food and beverage production.

IMS Research predicts that from 2011 to 2016, revenues from articulated robots with a payload of below 15kg will grow on average by 6 percent a year. Investment in automating production of food & beverages and of consumer electronics will be the main contributors to this growth. 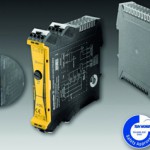