Three years ago VIPA successfully established the I/O-System SLIO on the market. Now follows the logical further development. For the first time the Herzogenaurach company has introduced at the SPS/IPC/ DRIVES two brand new CPUs for the system, that, together with these, will become a fully-fledged control system.

Two new CPUs will expand the successful SLIO system of the automation suppler, VIPA, from next year. The programmable logic controllers are based on the latest SPEED7 technology of the subsidiary profichip. This even more efficient chip again considerably increases the already fast access times of its predecessor. Coupled with the powerful 48 Mbit /s backplane bus, which, in conjunction with ETS modules, can switch chronologically precisely to +-1µs, this an unbeatable feature. Naturally the new SLIO CPUs are programmable with the Step7 code, which helps you to keep your know-how. The easy and user-friendly configuration of the CPUs can be carried out via the new VIPA SPEED7 Studio, which will also be presented at the SPS/IPC/DRIVES. Through its intelligent and unique memory management, it is possible to expand the memory of the CPU up to 512 kB during running operation (depending on the version).

«For us the introduction of the CPUs is the logical consequence of the successful introduction of the SLIO I / O system. With this we also respond to the wish of our customers, who have accepted SLIO as «the» IO system and now a fully-fledged control system“, chief executive officer Wolfgang Seel explained. 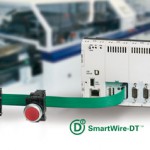 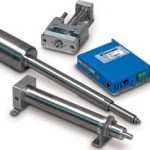