Modern machine builders and users are paying attention to power consumption. Our new power supply units put the focus on efficiency because energy is a precious commodity and unused machine energy increases costs.

Emparro sets new standards – thanks to an innovative circuit concept.

Emparro’s efficiency rating is up to 95% – an impressive result that means only 5% of the energy remains unused.

Compared to power supplies with an efficiency rating of about 90% and a power loss of 10%, Emparro reduces power loss by 50%. This is an impressive improvement that has positive effects on your wallet – especially over the life of the machine.

The same applies for the components installed near Emparro. Those units benefit from lower heat exposure than conventional, less efficient, power supplies. Thus, they last longer and reduce purchasing and maintenance costs. And you can even think about choosing smaller control cabinets now.

It’s not only its efficiency that makes Emparro an advanced power supply unit:

Emparro supports startup: Emparro offers Power Boost, providing up to 150% more power for up to 4 seconds. With this Power Boost function you can start higher loads and capacities without requiring a second power supply unit.

Emparro optimizes the overload behavior: In the event of short-circuits or overload, Emparro’s output voltage is controlled with a constant current. It is limited to 100% of the nominal current (or to 150% in Power boost mode). This power limiter function protects the power supply unit reliably from damages caused by overloads and is an important aid when starting up.

Emparro is a global player: Murrelektronik’s new power supply units feature a wide input voltage range from 85 to 265 V AC (90 to 250 V DC). This makes Emparro suitable for worldwide use.

Emparro is available in seven different models, with output voltages of 12, 24 and 48 V so Emparro can be a solution for many different applications. The metal housing ensures optimum EMC characteristics. The units work reliably because of a wide optimal temperature range from -25 to +60° and continuous high-performance without derating. An alarm contact enables remote diagnostics: It signalizes short-circuits, overloads and excessive temperatures. 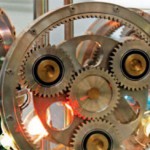 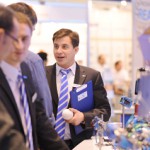 Wenglor: SPS IPC Drives 2012 Chronicle of a Trade Fair or “Let’s Get Down to Business”