Sercos international (SI) announced today that the SPS IPC Drives exhibition in Nuremberg was an outstanding success for the organization. More than 20 companies from a wide range of areas presented exhibits and product demonstrations at the user organization’s joint booth, which attracted 40% more visitors than in the previous year. This growth also reflects the numbers in the IMS research study «The world market for Industrial Ethernet components» from April 2012, in which sercos® III is forecasted to achieve the second largest growth rate for newly installed Ethernet nodes in industrial use by 2015.

The first demonstration systems illustrating how a blended infrastructure is used for sercos® III and EtherNet/IP devices were the main attraction at the booth. The devices were connected with control prototypes from Bosch Rexroth and Schneider Electric, using a common Ethernet infrastructure via a single cable.

IXXAT Automation introduced a safe protocol software for CIP Safety on sercos which was developed on behalf of SI and a consortium of companies. It is based on the SMP (sercos Messaging Protocol). Its unrestricted use for EtherNet/IP, in addition to sercos, is possible due to the modular architecture of the CIP Safety protocol software.

TR-Electronic announced that absolute encoders with Industrial Ethernet are now available with sercos III. The CEV58M ES3 is the first absolute multiturn encoder that can be integrated directly into sercos III networks.

With the sercos III gateway for SSI encoders, CANNON-Automata offered an additional innovation, allowing SSI encoders from any manufacturer to be integrated into sercos III realtime Ethernet networks. A new infrastructure component is also available, the TopoExtension, that introduces new installation options and topology variants for sercos III networks.

The area of industrial image processing recorded large crowds of visitors as well. According to the slogan «Making your machine see,» interested parties received information about the latest developments in this area from Vision & Control.

Bihl + Wiedemann, one of the leading suppliers of safety technology and electronic components for automation technology, displayed its solutions, along with Wago Kontakttechnik, LTi-Drives and many other suppliers.

«We appreciate the visitors’ strong interest,» said Peter Lutz, Managing Director of sercos international. «This shows that we and our members are on the right path with our business orientation and technological innovations, and that we manage to implement the requirements of users and interested parties quickly and systematically.» 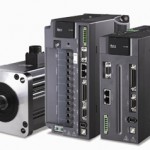 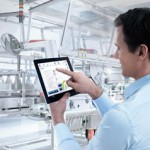