In keeping with the motto “trainees training trainees”, the trainees at wenglor successfully held the third edition of their workshop on the 10th and 11th of December, 2012. During the course of the two-day project, 24 trainees from wenglor customers were invited to Tettnang in order to become familiar with the southern German manufacturer’s sensors, and to gather information regarding the great diversity of possible applications.

Everything is ready in the training center at wenglor sensoric gmbh in Tettnang: the little blue BR40 sensors have been mounted to fixtures and are emitting red light which strikes the surface set up in front of them. Slips of paper with letters, which the sensors will detect later on, are also lying on the table, as well as a computer that’s connected to the sensor. The computer displays an apparently complex user interface, which is just waiting to be utilized. But how does it actually work?

The trainees at wenglor have investigated this question within the setting of their trainee workshop, and have made it their task to answer it for trainees from other companies. Although lots of companies make use of wenglor products, most of the trainees are unacquainted with their modes of operation. “As a result of their training in the fields of mechatronics or electrical engineering, the participants possess basic technical knowledge, but they don’t receive specialized product knowledge until they attend our workshop”, explains Stefan Strodel, one of the wenglor trainers. “And this is precisely what the workshop is all about.”

One highlight from each wenglor product category – including Transit Time Sensors and the BR40 Scanner described above – was demonstrated on the basis of a practical application. Training took place in small groups using the learning-by-doing method, so that each participant had the opportunity of independently completing complex tasks with the sensors. But the project is a great challenge for the trainees at wenglor as well, because they’re fully responsible for organizing and running the workshop. “We want our trainees to assume responsibility during their apprenticeships and encourage them to work independently”, says wenglor managing director and initiator Fabian Baur. “We have complete faith in the up-and-coming generation.”

As a result, Sarah Kees, who shares responsibility for the project as part of the wenglor team, finds that the training effect not only applies to the participating guest trainees, but rather to just as great an extent to wenglor’s trainees as well: “We learn to organize, to work as part of a team and to present the respective concepts simply and comprehensibly”, says Kees. “This is a great help to us later on and simplifies the transition to our working lives.”

The basic concept for “trainees training trainees” had already been formulated for the first event in 2010, but intensive, advance preparations were nevertheless required this time too – for example travel arrangements for the participants, as well as accommodation, coordination of the product training event and basic presentations. And the effort has paid off for all involved parties. The workshop is free of charge for participating trainees, and the learning effect is enormous for both the guests and the hosts. “The event was a big success for us again this year”, stresses project team member Kees. “We’ve received so many enquiries from other companies that we’ve already held an additional event this year.” 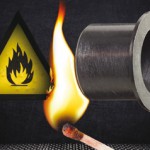 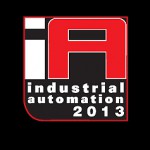