The New PowerXL Variable Frequency Drives from Eaton are User-Friendly, Efficient and Robust.

Diversified industrial manufacturer Eaton Corporation will be presenting the new PowerXL variable frequency drives for a rating range of up to 250 kW at this year’s SPS/IPC/Drives fair in Nuremberg. The company is thus logically expanding its strategy of applying the Lean methodology to the engineering in machine and panel building. Pluggable modules enable the PowerXL variable frequency drives to be incorporated quickly and simply into Eaton’s SmartWire-DT connection and communication technology which completely eliminates the need for conventional control circuit wiring. The new PowerXL variable frequency drives thus give users from the machine building sector as well as from the materials handling and building services sectors an easy-to-install, operator-friendly and energy efficient solution for driving devices such as pumps, fans, conveyor belts, cranes, winding machines, compressors or lifts.

The new PowerXL variable frequency drive series currently consists of two models: The DC1 Compact and the DA1 Advanced Machinery Drive. The DC1 is the basic model covering ratings from 0.37 to 11 kW, and was developed for applications where robust design, availability and universal functionality are the main requirements. The DA1 series is designed for ratings from 0.75 kW to 250 kW, and is suitable for the most demanding solutions requiring high performance. The PowerXL variable frequency drives also offer different open and closed-loop control methods. The DC1 controls the motor with U/f characteristics and also enables an increased torque. The PowerXL frequency inverters are thus able to operate the motors at 150% of the rated power for 60 s and at 175% for 2 s. The DA1 models also offer the user the possibility of sensorless vector control (SLV) as well closed-loop control with a rotary encoder (CLV). In sensorless vector mode the DA1 can even move from rest with a 200% torque and without the use of an encoder. The DA1 series is provided with PLC functionality and offers, in addition to a standard integrated PID controller, the possibility of powerful solutions for different applications such as cranes, lifts, winding machines and compressors.

User-friendliness was a prime objective in the development. Self-explanatory type codes, autotune functionality and convenient parameterization (with only 14 standard parameters) simplify configuration and commissioning. As well as programming via the keys on the device or alternatively via a PC, the user can copy the parameter settings from one device to another quickly and simply using a Bluetooth PC stick with an RJ45 interface.

The PowerXL variable frequency drives come as standard with the Modbus RTU and CANopen fieldbus system. The user can connect other fieldbus systems such as Profibus, Profinet, DeviceNet, EthernetIP, EtherCat, Modbus TCP and BACnet easily via fieldbus modules. As an alternative to the fieldbus connection, the PowerXL variable frequency drives can also be incorporated in the SmartWire-DT communication system. This makes it possible to not only parameterize the PowerXL frequency inverters centrally via the SmartWire-DT interface, but also to send them control commands and read diagnostic data from them. The device can also be controlled via a PROFIdrive profile which makes the full function spectrum of the PowerXL frequency inverters available.

With the focus on energy efficiency, the DA1 series supports both the standard three-phase motors that normally comply with the current IE2 and IE3 standard, as well as the highly efficient permanent magnet motors that are designed for the future IE4 standard. The devices also feature an energy optimizer that can automatically reduce the motor voltage with light loads.

The PowerXL frequency inverters supply full power up to ambient temperatures of 50°C (IP20). Eaton also offers the DA1 models up to 160 kW with protection to IP55. All devices come with international approvals (CE, cUL, UL, C-Tick, Gost-R, RoHS, DNV) and with single-phase and three-phase voltage inputs of 115 V, 230 V and 400/480 V are ideally suited for global use. 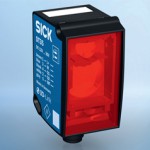 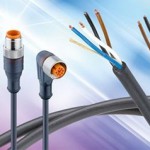