A few of CAN-connectible I/O modules were introduced at the SPS IPC Drives 2012. These devices are mostly offered by manufacturers of controllers in order to extend the distributed control system functionality. This report gives a short overview about the I/O modules launched at the trade fair.

IEP (Germany) launched the CAN-AI8-16 module with eight analog inputs supporting 16-bit to 24-bit (configurable) resolution. Input signals from 0 V to 10 V, -10 V to 10V and 0/4 mA to 20 mA are possible. The module may use CANopen protocol as an option. Bit-rates from 50 kbit/s to 1 Mbit/s as well as the CAN node-IDs are adjustable via rotary Hex-switches. The IP20-protected modules may be mounted on a top hat rail. The CAN and power supply signals are accessible via the Mini-Combicon connector.

Sontheim Industrie Elektronik (Germany) provided the three-CAN-port EC-DIO32 digital 24-V remote I/O module housing a 16-bit Motorola Freescale microprocessor and respectively 32 configurable inputs and outputs. It is separated into four blocks of eight interfaces each that can be configured and addressed via Hex-switches. Every block is galvanically isolated and has an own power supply. This enables the module to handle different voltages and allows the use in safety-relevant applications, e.g. guard doors. 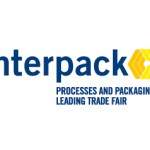 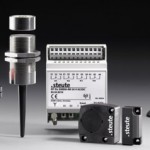