Contraction Forecast for the Global Motion Control Market in 2012

In recent years, the global motion controls market grew strongly with revenues increasing over 20 percent in both 2010 and 2011 to reach an estimated value of $13.1 billion. 2012 presented a very different situation, with the Eurozone recession and softening of the Chinese economy causing motion control sales to fall well below expectations.

IHS Analyst Michelle Figgs explains, “The biggest surprise in 2012 is the extent of the contraction in the Chinese motion control market, where revenues are forecast to decline an estimated 16.5 to 18.5 percent. Reduced order rates have resulted from overcapacity concerns and conservative buying patterns from machine builders.”

In the rest of Asia, excluding Japan, revenues from sales of motion control products are projected to grow by over 5 percent in 2012. “Growth will be driven by the Indian, South Korean and Taiwanese markets,” comments Figgs. “However, the total Asian market (excluding Japan) is forecast decline by nearly 10 percent because China accounts for the majority of revenues.”

The motion control markets in the Americas, EMEA and Japan are projected to maintain revenue growth in 2012, though at much lower rates than what was observed in the prior two years. The American market is the fastest growing, with growth projected at 4.2 percent, followed by the EMEA market at 1.6 percent. Due to a struggling semiconductor industry, the Japanese motion control market is projected to grow only 0.5 percent in 2012. 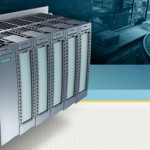 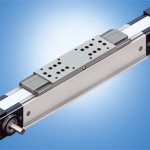