The success story continues at the EMO Hannover 2013

In 2013, Hanover will once again be hosting the EMO. From 16 to 21 September, all the sector’s important international players will be meeting up at the world’s premier trade fair for the metalworking sector. Under the motto “Intelligence in Production”, the EMO will be showing what modern-day production technology looks like and who is offering it.

“Everyone wants to be there. That’s why once again the EMO Hannover is well set to continue its success story”, says Carl Martin Welcker, General Commissioner of the EMO Hannover 2013. At the beginning of the year, more than 1,600 companies from 34 different countries had already registered: they will be occupying around 145,000 m² of net exhibition space. Thus the current registration status is significantly higher than the comparable figure for the preceding event.

The flourishing demand among vendors of production technology evidences the high perceived importance of the EMO Hannover as one of the sector’s international highlights and as a superlative platform for innovations. “Meet the world at EMO” is one of the most important arguments for participating. It’s not only German manufacturers who have registered for large-size stands. Asian companies are particularly prominent in showing the flag, firms from Japan, China, Taiwan and Korea who are keen to play a bigger role on the global market. They have once again upsized their areas compared to the preceding event’s equivalent period, a trend that’s been observable for some years now. In all, Asia currently accounts for a good fifth of the EMO’s exhibitors.

EMO Hannover will showcase innovations for the expanding global market

Worldwide, users of production technology are facing major challenges. Under enormous pressure on costs, with stringent requirements for efficacy and eco-compliance, they will in the future, too, have to organise their production operations for maximised cost-efficiency. For this purpose, they are investing in new machine tools. Economic pundits expect demand for machine tools to grow still further in the EMO year of 2013.

Customers are seeking ideas and solutions for efficient production operations at widely dispersed locations with highly disparate prerequisites. What counts is innovation not only on the machine, but also for the components, in the production process and for the services involved. Aspects like communication between and networking of machines and lines, new materials, flexibility, quality, innovative production concepts, and much, much more play an important role. “Internationally operating machine tool vendors will be showing at the EMO Hannover how they have taken these issues and requirements proactively on board and translated them into intelligently efficacious engineering, thus establishing for themselves a secure position in a fiercely competitive environment”, says Carl Martin Welcker.

And he adds: “Further registrations from international market leaders are arriving every day. We are accordingly confident that we can seamlessly build on our record event size of 2011. We can already guarantee our international trade visitors a top-class, comprehensive exhibition programme.”

From 16 to 21 September 2013, international manufacturers of production technology will be spotlighting “Intelligence in Production” at the EMO Hannover 2013. The world’s premier trade fair for the metalworking industry will be showcasing the entire bandwidth of today’s most sophisticated metalworking technology, which is the heart of every industrial production process. The fair will be presenting the latest machines, plus efficient technical solutions, product-supportive services, sustainability in the production process, and much, much more. The principal focus of the EMO Hannover is on metal-cutting and forming machine tools, production systems, high-precision tools, automated material flows, computer technology, industrial electronics and accessories. The trade visitors to the EMO come from all major sectors of industry, such as machinery and plant manufacturers, the automotive industry and its component suppliers, the aerospace sector, precision mechanics and optics, shipbuilding, medical technology, tool and die manufacture, steel and lightweight construction. The EMO Hannover is the world’s most important international meeting point for production technology specialists from all over the planet. In 2011, the fair attracted more than 2,000 exhibitors, and around 140,000 trade visitors from more than 100 different countries. EMO is a registered trademark of the European Committee for Cooperation of the Machine Tool Industry CECIMO. 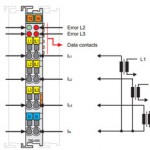 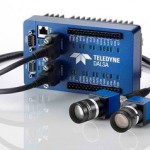