ABB Robotics is collaborating with SVIA Industrial Automation of Sweden to bring SVIA’s PickVision™ Smart Camera vision system to the industrial robotics market in North America. SVIA specializes in equipping industrial robots with vision enabled functionality for machine tool tending systems in manufacturing for such applications as CNC lathes, vertical machine centers, horizontal machine centers and grinders. PickVision is highly flexible and easy to use making it a viable technology for a wide range of robotic applications that can be enhanced by giving robots vision capability. There are over 600 PickVision installations in Europe, the vast majority with ABB industrial robots.

With PickVision robots actually see the parts they are handling, allowing them to easily adjust to a wide variety of parts. This increased flexibility makes the PickVision system ideal for operations that handle smaller volumes of the same part, and, due the speed and agility afforded by the smart camera function, also highly effective for operations that handle large volumes of the same part. The system is tightly integrated with ABB’s powerful IRC 5 Controller providing “plug and play” simplicity that allows users to easily set-up and adapt the system to their specific applications. It can be programmed on a PC or tablet and features a Window 8 touch screen interface. The system includes remote service capabilities including a specially designed iPhone App.

“Giving the robots the ability to see brings enhanced capablities to a wide range of robotic applications in both existing and emerging application segments,” said Gary Frick, president of SVIA. “When we first developed PickVision we had three goals in mind, to provide a machine tending tool that is powerful and flexible, yet easy to use. With the foundation of our success in Europe and the support of ABB, the time is ideal to bring this proven technology to the North American market.”

“SVIA and ABB have provided a great resource to manufacturers all across Europe, merging the capabilities of industrial robots with standard vision technology especially for machine tool applications,” said Ed Moritz, channel and market development manager, ABB Robotics North America. “We are extremely pleased to now bring this proven expertise to our system integrators and customers in the United States, Canada and Mexico.”

SVIA will be displaying the PickVision system at Automate 2013, January 21-24 at McCormick Place in Chicago (Booth # 908). 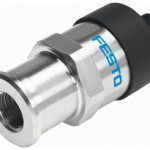