Siemens Industry Automation Division has expanded its compact and scalable Simatic ET 200SP distributed IO system with communication modules for the AS-Interface and IO-Link, as well as with a Siplus ET 200SP device version for extreme conditions.

The new CM AS-i Master communication module is used for connecting actuators and sensors compliant with the AS-interface profile to Simatic ET 200SP. For safety-oriented applications, the F-CM AS-i Safety version is used.

The new IO-Link master module enables actuators and sensors compliant with the current IO-Link specification V1.1 to be connected to Simatic ET 200SP. One advantage of the new specification is the consistent storage of the IO-Link device parameters in the master. When a device is replaced, for example, the current parameters are automatically transferred to the new device. One special feature of the ET 200SP is that the master parameters are automatically backed up. This means that a module can be swapped from the master or devices without the need for a programming device or having to restore the data in the user program. The new IO-Link master module continues to support IO-Link devices according to specification V1.0.

For use in hostile industrial conditions, such as high temperatures, high humidity or corrosive gas atmospheres, the portfolio of the Simatic ET 200SP distributed IO system has now been expanded to include Siplus ET 200SP. Thanks to its refined components, this version avoids derating, for example, at extreme temperatures. 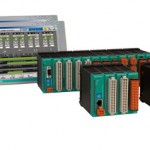 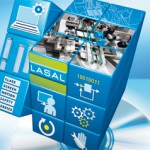