Just a few months have passed since the 26th Control international trade fair for quality assurance closed, but the halls of the Stuttgart Exhibition Centre are already filling up again for the next event – namely the 27th edition of Control which will be held from the 14th through the 17th of May, 2013.

Outstanding results were obtained at the last Control, for example increasing numbers of exhibitors from outside of Germany and expert visitors from near and far, and the prognosis for the 27th Control is also plainly indicating further growth. And thus the world’s leading trade fair for quality assurance is once again leaving similarly oriented events in the dust which, however, have more of a multi-technology flair and want to adorn themselves with the “quality assurance” label as an add-on to various production, automation, sensor and drive technology issues.

Pure quality assurance and everything it involves!

But things are precisely the other way round at Control, which focuses strictly on the quality assurance process sequence, which includes all of the relevant processes. This is why, for example, automation solutions are seen as a means and an end, i.e. as essential for automated quality assurance in production, assembly etc., in order to be able to fully represent the QA processes in all of their aspects in a practice-oriented fashion. The best examples for this are vision systems and image processing systems which execute fully automated, and thus highly efficient test, inspection and selection functions in cooperation with robots and handling systems, as well as material flow equipment. Automated test stations demonstrate certain similarities to this, and although they have been designed as autonomous process station, they can nevertheless be used as stand-alone systems and integrated into linear and rotary indexing transfer systems mechanically, as well as for drive and control functions.

Top Priority at the Moment: Automation of the QA Function

Attentive observers have noticed that the degree of automation increases significantly each year, and see this as an indicator of further development of quality assurance in established, as well as emerging industrial countries – especially in light of the fact that customer demands for more functionality and quality in the emerging, newly industrialised nations are making it necessary for manufacturers in low-wage countries to increase their QA efforts if they want to remain successful in the long-term in the global markets. On the other hand, manufacturers and component suppliers in the high-wage countries have long since recognised that their chances are always good with high levels of automation and the resulting, uniform good quality, and that they can assert themselves in all markets with high quality products. And thus the list of target groups at Control goes full circle for potential exhibitors, because in addition to current QA customers, new ones are arriving from the low-wage countries who, in principle, have exactly the same interests.

Expert visitors from all fields of technology will profit from the fact that the 27th Control will once again present worldwide offerings for QA technologies and services in the form of both hardware and software. According to Gitta Schlaak, longstanding project manager of the Control international trade fair for quality assurance, increasing numbers of RFQs are coming in from Japanese and other Asian manufacturers and distributors. This may well be seen as an indication that Control is attributed great importance as a world’s leading trade fair where the presentation of performance capabilities and the penetration of new markets are concerned. 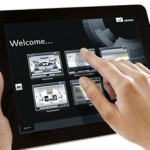 Kistler at the Control 2022 – Assembly, measuring and testing for industrial production