In March 2013, COPA-DATA will introduce a new version of its automation software. zenon 7.10 again focuses on the user and features pioneering technology, with its support of 64-bit, Windows 8 and Multi-Touch.

With concepts such as “setting parameters instead of programming” or the simple integration of its products into existing automation and IT infrastructures, COPA-DATA is consistently pursuing the concept of ergonomics in industry. This is built upon further in zenon 7.10: there is even more focus on the user. Working with templates, individualization as desired, freely-configurable wizards, simple reusability and intuitive Multi-Touch operation ensure quick and secure configuration of projects, a high degree of usability and ergonomic working.

The new version also offers the user unique possibilities with graphics and new ways of operating the software. COPA-DATA Product Manager, Reinhard Mayr: “With zenon 7, we are already the first HMI/SCADA producer to bring native Multi-Touch and DirectX 11 support to the automation market. The feedback from our customers has shown that we were in step with the times. This, in addition to the fact that Microsoft is also increasingly using Multi-Touch and new mobile platforms, led us to release technology that makes the work of users even easier.”

zenon as a 64-bit version: increased memory capacity for increasing amounts of data

In addition to a 32-bit version, zenon 7.10 will also be available as a 64-bit version. Users are free to use either just one version or the other, or a combination of both. There are no additional costs for customers as a result of using the zenon 64-bit version. COPA-DATA Development Manager, Günther Haslauer, explains: “Automation projects are becoming ever more extensive; hardware and software has to be able to process an ever-increasing amount of data. In a 32-bit application, the addressable area is limited to 32 bits. This means that a maximum of 232 bytes can be addressed directly, so a maximum of 4 GB RAM can be used. 64-bit applications are not subject to this limit. The addresses are 64 bits long (8 bytes) and can thus have a value of up to 264-1. For the foreseeable future, this massive number will be many factors higher than the physical memory that is available. Issues such as too few free addresses for application data or address fragmentation are no longer relevant. The real usable amount of memory is then the same as the physically-installed amount of working memory. It should be noted that a 64-bit operating systems is, of course, required for the use of 64-bit applications.”

The Batch Control module for lot-based production that is integrated into zenon has been comprehensively expanded in zenon 7.10. The new features range from integrated operations and touch support in zenon Runtime through to integration into the Report Viewer. Users can, for example, freely select the recipe or lot from any desired project and display the data from this in the Report Viewer. These are compiled and output via an individual report, which is automatically archived in the desired format and can be printed. In addition, this version of Batch Control offers numerous new filter options and the possibility to connect to order administration systems. Users also benefit from more display options. Thus, for example, the production process and recipe can be displayed in one window at the same time, so the production progress and individual process stages can be seen more clearly.

COPA-DATA is the first HMI/SCADA provider to fully support Windows 8, in addition to Microsoft SQL Server 2012. This also includes the reinterpreted Multi-Touch technology based on interaction contexts. zenon 7.10 can process all gestures that are currently also supported by Windows 8 as standard. Users can also individually define the Multi-Touch gestures that are available in specific screens.

zenon 7.10 – an overview of some of the new features

• Enhanced Batch Control module with touch support in Runtime and integration into the Report Viewer for seamless documentation of batch processes.

• Comprehensive production reporting: the Report Viewer now has complete access to the recipe administration in zenon. Complete reporting of all important data such as alarms, an audit trail or historic and online data is possible in one single tool.

• Know-how protection in the zenon Editor: important elements of a zenon project can be blocked for certain users via the user administration. This protects applications from manipulation.

• Improved performance when reading and displaying large amounts of data, especially in the Extended Trend module.

• Auto-zoom in the Extended Trend Module

• Direct import of variables from the new SIMATIC STEP 7 version of the Siemens TIA portal.

• Everywhere App by zenon with Everywhere Server: HMI/SCADA-App for Smartphones and Tablets for Windows Phone and iOS 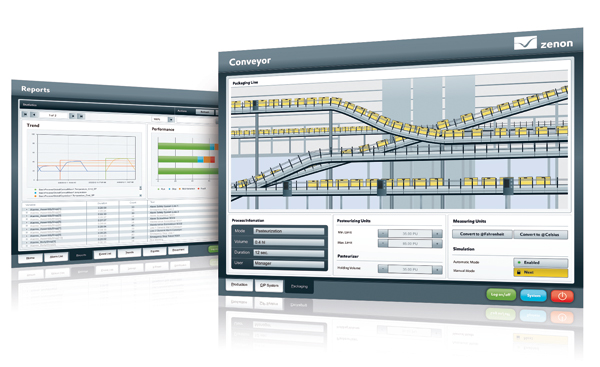 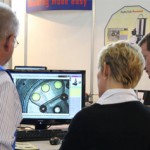 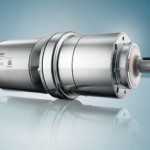