The CAN in Automation (CiA) association and the Robert Bosch company jointly organize the CAN FD Tech Day in Frankfurt on March 19, 2013. The one-day conference will update engineers about the improved CAN data link layer protocol (also known as CAN FD).

THE PROTOCOL ALREADY SUBMITTED TO ISO for international standardization overcomes the limitation of the 1-M-bit/s data rate and the current length of the 8-byte payload. The improved protocol will allow data rates up to 8 Mbit/s using a bus-line topology and data field length up to 64 bytes. The speakers from Bosch, CiA, Daimler, Etas, Freescale, General Motors, NXP, Port, STMicroelectronics, and Vector will provide first-hand information about technology and first CAN FD products. The detailed program as well as the online registration form are available on CiA’s website.

Bosch’s engineers have developed the CAN FD protocol in close cooperation with automotive OEMs and other CAN experts. The successor of the classic CAN protocol was officially introduced during the 13th international CAN Conference (iCC) in March 2012. One year later, first products are ready to be launched. This includes protocol controller chips as well as tools supporting the improved CAN protocol. 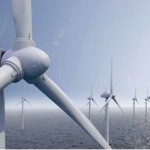 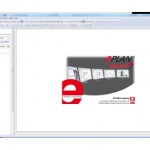