VIPA: A framework of our own is necessary !

VIPA has presented the engineering framework SPEED7 at the SPS IPC Drives. In the interview VIPA CEO Wolfgang Seel explains the strategy, backgrounds and milestones of further developments.

Mr. Seel, VIPA has made its name mainly through Siemens compatible controllers. Now you are launching your own comprehensive software tool on the market. Will it not be possible to configure and use VIPA controllers with tools of other manufacturers any longer in the future?

Wolfgang Seel: No, the VIPA hardware can still be configured and used with third-party tools, as we see the openness of our systems as one of our trademarks.

Why are you now launching your own framework onto the market?

Wolfgang Seel: The SPEED7 technology in particular shows even clearer that the features which distinguish this class of PLC controllers can only be used in a limited way or very inconveniently with the existing software tools. Just think of our Speed bus for particularly fast communication with the corresponding I/Os and communication processors.

The framework is more or less in direct competition with the TIA portal from Siemens. You are actually losing your seal of approval of Siemens compatibility in this way, surely?

Wolfgang Seel: We do not want to display or replace the TIA portal with our framework, but we have created a modern and effective tool for our customers with which they can ideally deploy our controllers and components. The familiar S7 syntax remains unchanged.

Who is the target group of your complete solution?

Wolfgang Seel: There are three target groups which we focus on. First the customers whom I call the VIPA power users. These users want to use the complete performance advantages of the VIPA hardware effectively and easily without leaving the familiar S7 world.

Then the typical Simatic users who uses mixed configurations of VIPA and Siemens. The new framework brings them an obvious simplification especially in the hardware configuration. We are planning to incorporate some selected Siemens components into the hardware catalogue.

The third target group is VIPAs hardware brand label partners who can use our tool completely in their own design and get a programming and configuration tool tailored to the hardware they use.

In order to be able to offer a comprehensive complete solution, issues like Safety and Motion are still missing, aren’t they?

Wolfgang Seel: This is in preparation and we cannot say more at this time.

What is your vision for the future?

Wolfgang Seel: VIPA will strengthen its position on the market with the launch of this new framework. We are one of the the well-known providers of automation technology with our complete range of systems consisting of several hardware systems and now our own independent software. SPEED7 Studio is a step in this direction. 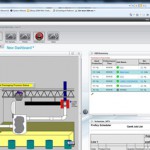 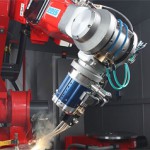