What does the economic crisis mean for the wind industry?

The wind industry is facing tough times, as many industries in the ongoing economic crisis are, but what do industry leaders think are the consequences of this difficult period?

The question of whether or not consolidation is or will be taking place in wind energy was key for the six CEOs sitting on the high-level panel at EWEA 2013 in Vienna this morning. “There are a number of companies suffering and not managing balance sheet in tough times,” Alfonso Faubel, Senior Vice President of Alstom Wind Energy, said. “Some players are competitive, others are changing the way they operate,” Stephan Ritter, General Manager Europe, GE, said.

While CEOs did not identify high levels of market consolidation in the onshore wind energy market, they did see consolidation taking place in offshore: Only companies with knowledge will survive in offshore, Faubel said. “We need to have companies in offshore who are in it for the long run,” Jan Kjaersgaard, CEO of Siemens Wind Power, added.

According to Lars Bondo Krogsgaard, Chief Customer Officer of Nordex, the days of vertically integrated companies – ones that manufacture all or most parts of wind turbines – are over. “Our strategy is to do more with sub-suppliers,” he said.

Copy-paste from the automotive industry

For Faubel, the wind industry has a lot to learn from the automotive industry: there are a lot of best practices from which wind can benefit, in particular automatisation and standardisation of the supply chain, he said. “We need to be flexible in order to cope with ups and downs in the market,” he said adding that standardisation would mean factories could be mothballed when conditions became less favourable.

Kjaersgaard backed Faubel: “Ups and downs will always be there, for example in the US we’ve had to lay-off staff, but in Demark we’re at full capacity – it’s important to have a global, standardised product,” he said.

The economic crisis has had one perhaps positive effect for European wind energy players: the question of Chinese competition is no longer as pressing. “China is no longer a low cost option,” Kjaersgaard said. However, Jean Huby, CEO of Areva Wind, warned that “Asian players can quickly take market shares.”

Jukka-Pekka Mäkinen, CEO of The Switch, added that as wind technology in Europe becomes increasingly mature, costs are falling making it more difficult for Asian players to enter the European market. “We haven’t seen the boom everyone expected,” he said.

Meanwhile, CEOs also said that unstable support schemes for wind did not help, a recurring theme throughout the EWEA 2013 conference: “we need long run stability to bring down costs,” Huby said. Moreover, local content requirements were also unhelpful as they reduce competition in the market and push up prices, CEOs said.

However, on a more positive note, Ritter said that even in tough times of economic crisis, the wind industry is performing well. “We had 11,000 MW installed last year, the industry is working,” he said. 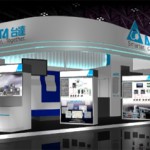 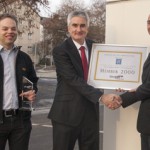