The United States has experienced a craft brewing renaissance in recent years. An ever increasing number of Americans
attach importance to unique and special types of beer, resulting in an increasingly varied beer market. A total of 1,989 US
breweries were in operation in 2011, including many mid-sized private breweries. Saugatuck Brewing Company, based in
Douglas, Michigan, is benefiting from this trend and boasts rapid growth. However, not even craft beers can do without
technology if consistently high quality and continued sales growth are to be achieved: the fully automated carbonation
process, with which the beer is given an optimum carbon dioxide content, is controlled by a Beckhoff automation platform.

Saugatuck beers are mixed and brewed using classic recipes from around the world with some modern inspiration. “We brew various types of beer in the classic styles, but we are now increasingly developing new recipes,” explains Ron Conklin, Brewmaster at Saugatuck Brewing. “While we still had a production capacity of around 500 barrels (approx. 60,000 liters) in 2009, we hit over 2,000 barrels (approx. 240,000 liters) in 2011. Our goal is to more than double our beer production again in 2012,” explains Ric Gillette, CEO of Saugatuck Brewing. “We can only achieve that with state-of-the-art production technology and control solutions.”

The fermentation process, in which the malt sugar is converted to alcohol by the addition of yeast, takes approx. two weeks at Saugatuck. Once this process is finished, the proteins and yeast collect at the bottom of the fermentation tank and the beer can be racked off from the top of the tank. From there the beer is transferred into the bright tank, where carbon dioxide (CO2) is added. This addition previously took place manually. “Managing these CO2 levels requires a great deal of skill and experience,” explains Brewmaster, Ron Conklin. “It is crucial for the quality of the beer and for a stable head of foam.” If the beer was under-carbonated it had to remain in the tank longer to increase the carbonation to the proper level. Conversely, if the CO2 content was too high, the expensive carbon dioxide had to be removed again and the surplus proteins were scrubbed out.

Now the PC- and EtherCAT-based control platform from Beckhoff ensures an ideal, constant carbonation level. A compact CP6607 Industrial Panel PC with the TwinCAT automation software platform and EtherCAT communication system functions as an integrated controller and HMI. The pressure is now controlled fully automatically on the 5.7-inch touch screen; the brewery staff need only set the appropriate parameters. “This has made the system much more efficient and throughput is greater than ever because we can intelligently pulse CO2 for better carbonation,” says Ron Conklin, praising the benefits.

The Beckhoff control platform also controls the glycol valves, which are installed in the bright tanks for temperature control. The tanks can be set individually with different temperature, CO2 quantity and pressure. Bottling previously entailed much back and forth in an effort to maintain the correct pressure level in the tank; now the tank is adjusted once and maintains the pressure with an accuracy of 0.0069 bar (1/10 psi).

The I/O signals are integrated via the Beckhoff EtherCAT Terminals and the EK1100 EtherCAT Coupler. Outside the control cabinet, Saugatuck also utilizes sturdy EtherCAT Box modules with IP 67 protection for connection to valves and sensors. They are ideal for use in the brewery environment as they resist the excessive moisture levels and airborne particles from the brewing process.

ocess. “The openness of TwinCAT and EtherCAT has proven to be very beneficial,” explains Jason Conklin, Application Engineer from Beckhoff Automation USA: “It only took three months to install the new PC-based carbonation system and  integrate five bright tanks. If Saugatuck Brewing continues to grow at this rate and adds tanks, the main job is to simply add I/O to the system. With TwinCAT software it’s simple to link the I/O and expand the system to quickly incorporate more tanks.

Cracking open new marketsMoving beyond the fermentation and carbonation tanks, future plans for Saugatuck Brewing include the option for Beckhoff controllers on the expanded bottling lines and automated barrel washers. “When I give tours of the brewery I explain to our guests that small breweries like Saugatuck typically don’t have such automation systems,”  explains Ric Gillette. “However, that is precisely what gives a microbrewery like ours a competitive advantage.” 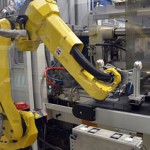 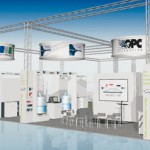