Uncertainties surrounding at-risk economies and political change-over impacted the medium-voltage (MV) drive market in 2012, leading to year-over-year revenue growth of 8.8 percent; far less than 2011’s 20 percent market growth. A global report on MV motor drives published by IMS Research (now part of IHS Inc. (NYSE:IHS)) projects fewer of these instabilities in the US and Chinese MV drives markets in 2013, which is predicted to boost global market growth to 10 percent, amid a contraction of 4.6 percent in Europe.

The European market experienced serious economic woes in 2012 as both public and private investment withered due to the sovereign debt crisis, which has outlasted expectations. MV drive growth in 2012 was comparatively weak to other regions (at just above 2 percent), as most revenue was limited to the first few months of the year coming from residual projects. According to IHS analyst Kevin Schiller, “Based on continued public sovereign debt tensions and a Eurozone GDP growth of -0.3 percent in 2013, projected MV drive revenues in Western Europe are nearly 5 percent lower than 2012 levels, before rebounding slightly in 2014.”

In 2012, potential changes in the political environment led to hesitant spending in both China and the US, impacting a few domestic Chinese MV drives manufacturers who reported a decline in revenues in 2012. Leadership transition in China came at a crucial time for fiscal planning in the country; following years of explosive growth in China, real fixed capital formation growth fell for the third consecutive year – from 22.5 percent growth in 2009 to 7 percent in 2012 – adding to fears of a hard landing for the Chinese economy.

Likewise, the 2012 election year in the US caused sensitivities around potential changes to government spending and taxation, as a change in political party majorities could have thwarted negotiations required by the ‘fiscal cliff’ deadline at the end of 2012. A breach of this deadline would have almost certainly resulted in a recession, and a severe decline in capital expenditures in key MV drives markets, like the metals industry.

The outlook for 2013 indicates that the concerns of the past year in China and the US have largely abated, as the new leadership in China provided further stability and a deal was achieved which averted the fiscal cliff. Schiller adds, “Indications in China imply stronger medium-voltage drives growth in 2013. Although exports continue to be a concern to manufacturing markets, government-funded infrastructure projects in 2013 will provide fiscal injections to the Chinese MV drives market, and are forecast to result in accelerated revenue growth of almost 10 percent, compared to 4 percent in 2012.”

The US is also due to experience augmented growth following the election year, as little changed concerning elected party majorities. Opposing parties submitted an unsurprising last-minute fiscal cliff compromise, preventing economic downturn. Due to these stabilizing indicators for the US economy, MV drive revenue growth in the Americas is projected to expand to over 19 percent from 2012, primarily due to its prosperous oil & gas market. 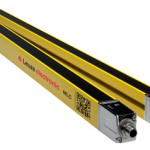 MLC is the intelligent Safety Light Curtain from Leuze electronic 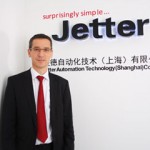