The international Motek trade fair will once again be setting the standards at its 32nd edition where efficient and economical automation in production, assembly, test technology, material flow and intra-logistics is concerned. Its key to success is its internationally unique orientation towards the market, actual practice and processes. In combination with the 7th Bondexpo, Motek will once again bring together well over 1000 exhibitors and more than 35,000 expert visitors at the Stuttgart Exhibition Centre from the 7th through the 10th of October, 2013

The prospects for the upcoming Motek international trade fair for handling, assembly and automation technology are entirely positive: the international experts want to see components, modules, ready-to-install subsystems, complete systems and integrated system solutions and more, for which reason more than 35,000 expert visitors came to Stuttgart for the last Motek. Although the large numbers of exhibitors (1062 with 122 for Bondexpo), as well as increasing foreign participation (exhibitors from 20 countries), and not least of all the more than 35,000 expert visitors who travelled to the event from 93 (!) countries around the globe are, in and of themselves, impressive figures, private trade fair promoters P. E. Schall GmbH & Co. KG, are by no means resting on their laurels!

As a logical consequence, Motek will be gently adjusted by placing more emphasis on its orientation towards system solutions and applications without neglecting the interests of engineers, special machinery manufacturers and system integrators with regard to the presentation of components, modules and ready-to-install subsystems.

Further measures involve the structuring and layout of Motek’s exhibition halls, which will now be targeted at focal points regarding specific issues and process orientation. Justice will thus be done to increasing, and above all changing requirements demanded by the markets and the users with regard to, for instance, faster and more intensive information gathering. A comprehensive supplementary programme including an exhibitor forum and special shows will round out the trade fair offerings at Motek 2013. 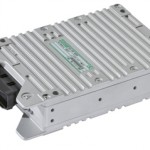 ESX-3XM – the next generation of electronic control 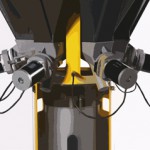 Motek/Bondexpo 2021 Automation in production and assembly