Global shipments for motion control products fell by 1% in 2012, according to new statistics released by the Motion Control Association (MCA), the industry’s trade group.

“While we saw a slight contraction in global motion control shipments in 2012, economic indicators are good moving into 2013,” said Jeff Burnstein, President of MCA. “We saw a slight year on year increase in the fourth quarter of 2012. Additionally, polls of our member companies show optimism that shipments will increase over the next six months, which is a good sign.”

All reports are available free of charge to all MCA members. Members providing data for the reports receive “full” versions of the reports, which are highly detailed examinations of order and shipment results. Non-participating members receive “abridged” reports, which contain shipment results. Members find the reports valuable as gauges of overall market performance and as benchmarks for assessing relative company performance. 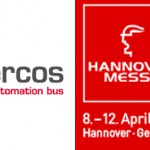