kk-electronic and B&R in retrofit cooperation

As announced at Europe’s premier wind energy event of 2013 – the EWEA exhibition in Vienna, Austria – kk-electronic and B&R are collaborating to develop retrofit solutions for wind turbines. By equipping existing turbines with state-of-the-art B&R X20 control electronics and advanced software packages from kk-electronic, this cost-effective alternative to repowering promises to extend their productive life, significantly reduce downtime and, quite simply, make them more profitable for longer.

When a wind turbine fails post-warranty, research has shown that 42% of problems can be traced to component failure, while another 21% can be attributed to the failure of control systems that were unable to endure a harsh environment for such extended periods of time. This downtime is further compounded by the increasing difficulty of obtaining replacement components for outdated systems. With aging turbines producing below capacity and becoming unjustifiably costly to maintain, it quickly becomes clear that something must be done.

This is precisely the challenge that kk-electronic and B&R set out to solve. As an alternative to the costly repowering approach, which involves replacing entire turbines, the two specialists instead explored the possibility of retrofitting the control system. “With this step, we’re focused on the requirements of our customers and the industry,” says Tonni Birk Sørens¬en, Senior Vice President of kk-electronic.

After all, the advantages of repowering rely on new turbines being built taller and larger, parameters which are frequently restricted by site permits and resistance from neighboring populations. Even in cases where a wind farm is repowered, existing turbines are often dismantled and redeployed to emerging markets, where the problems with downtime and availability of replacement parts continue to demand a solution.

By combining kk-electronic’s decades of experience as a key player in the wind power industry with B&R’s proven expertise in the field of automation, the two companies have come up with a solution that drastically improves the availability and productivity of existing wind turbines. It does so by retrofitting the control electronics while leaving the mechanical design intact, which means minimal downtime for implementation and nearly immediate ROI.

kk-electronic provides controller design and architecture, safety strategy and system integration. Together with advanced PLC equipment from B&R, the result is a cost-effective solution that can easily be adapted to any wind turbine design. “The B&R X20 system used in this solution is known for its versatility,” says Peter Gucher, General Manager of B&R, “and it has proven its reliability over significant periods of time in the field under some of the harshest operating conditions on the planet.” From a controller standpoint, the retrofit solution is conveniently “plug-and-play”, while I/O communication is customized for each respective turbine design and configuration. 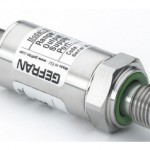 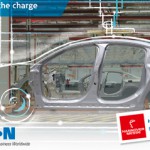 Comprehensive monitoring of all critical points of a wind turbine generator