Following two years of substantial growth, the German machine tool industry expects a modest increase in production output of 1 per cent during 2013. “This means the sector will be back to its previous high from 2008”, reports Martin Kapp, Chairman of the VDW (German Machine Tool Builders’ Association), speaking at the organisation’s annual press conference in Frankfurt am Main.

Last year went better than expected: the good starting position with the order books full and capacity utilisation at a high level sustained production throughout 2012, said Kapp. With growth totalling 9 per cent, the sector achieved a production volume worth 14.1 billion euros.

Exports performed even better: 9.5 billion euros, representing a rise of 20 per cent, is the highest figure ever measured.

The single biggest market continues to be China: with a volume of around 2.4 billion euros and growth of 14 per cent, the Chinese market bought more than twice as many German machines as the second-largest market, the USA. The USA’s industrial sector, too, opts for German machine tools when it comes to modernising its production lines. Up to November 2012, exports were a good third above those in the record year of 2008. Even in crisis-hit Spain, sales were higher than in the preceding year, though starting from a low baseline.

The domestic market, characterised by risk-averse mid-tier customers, stagnated at 6.8 billion euros, which was still a good bit below the pre-crisis level.

Capacity utilisation, at 92.4 per cent in January of this year, was only slightly below the preceding year’s average. By October 2012, the order backlog had been downsized to 8.3 months, almost a month less than last year’s equivalent figure.

Order bookings were, as anticipated, down by a tenth compared to the previous year’s record level. Demand was sustained by orders from Europe and the USA, and by forming technology. The biggest category in this segment of the market is press technology for the German and international automotive industry. Thanks to the high proportion of project business, which is less susceptible to variations in the business cycle, the fluctuations here are smaller.

Total payrolls, finally, grew by an average of 5 per cent from in 2012, with almost 71,000 employees in December as the most recent figure.

The winner in international competition

For 2013, the VDW’s forecasting partner, Oxford Economics, is confident that industrial production output and fixed-asset investments will once again be showing a somewhat steeper increase worldwide. This applies primarily to Asia and America, less to Europe.

For the machine tool industry in Germany, this signifies stable order levels. Once again, the primary impetus will be coming from Asia. Currently, early indicators in China, which most recently had been ordering 30 per cent less, are on the up again. The Purchasing Manager Index rose to more than 52 points in January 2013 compared to its nadir in August 2012. Industrial production output, too, is again showing double-figure growth.

“All in all, the macro-economic environment offers plenty of momentum in 2013. Early indicators like the worldwide Purchasing Manager Index and the ifo Business Climate Index for the German machine tool industry have been pointing upwards for some months now”, says a confident Martin Kapp.

On the domestic market, by contrast, he continues, demand remains subdued. Discussions about tax hikes, the faltering energy turn-around, and high energy prices, the still-smouldering uncertainty in Europe’s financial sector, with continuing imponderabilities in quite a few markets, and not least the announcement of high wage demands, are unsettling German investors, says the VDW’s Chairman.

Almost two-fifths of the world’s machine tool production output, totalling around 66 billion euros, was manufactured last year in Chinese factories alone. Despite the slow pace of market growth at the moment, the demand for machine tools in Asia will remain immense in the future as well, while the traditional markets of Western Europe can no longer keep pace with this dynamism. The challenge for German machine tool vendors is to gear up their sales and production structures in response.

According to a recent VDW survey, production by German vendors in manufacturing facilities abroad grew by almost 60 per cent during 2011, to reach 1.7 billion euros. Thus a good 15 per cent or another 7,750 employees can now be added to the domestic payrolls. Involvement abroad has traditionally focused on Switzerland, the USA and Brazil. The comparatively recent, but fast-expanding operations in China were up by 55 per cent in 2011. This process is predicted to gain in dynamism, with further payroll upsizing.

“I don’t think everyone needs to do everything”, is Martin Kapp’s firm conviction. What he advocates is that the German machine tool vendors should work together more closely. This, he contends, will make the sector more effective. Alliances, he continues, need not necessarily go hand in hand with financial interweavement; rather, service support and spare parts stocks, for example, could be organised jointly in geographically distant markets.

“Intelligence in Production” at the EMO Hannover 2013

International users of machine tools are facing major challenges all over the world. They are compelled to organise their production operations for maximised efficiency under tremendous pressure of costs while meeting ultra-stringent requirements for cost-effectiveness and minimised environmental impact. Intelligent production is the key factor here. Vendors able to sustainedly offer intelligent production solutions all over the world will possess a major competitive advantage here. These will be showcased at the EMO Hannover 2013, under the keynote motto “Intelligence in Production” from 16 to 21 September.

The world’s premier trade fair for the metalworking sector will not only feature machine tool manufacturers showcasing their corporate capabilities; the accompanying programme, for example, will present some top-flight speakers at the VDMA Congress on “Producing more intelligently”. The focus here, under the motto of “Inspired by Technology”, is on the issues of manufacturing excellence featuring lean production and flexible value creation chains, efficient production based on sustainability and resource-economy, plus intelligent production based on networking and Industry 4.0.

In addition, an abundance of further supporting events will enrich a visit to the EMO. These will include a two-day conference on “New aerospace manufacturing technologies” with an accompanying special show, the EMO Focus India Seminar, and the presentation of solutions geared to energy-efficiency under the Blue Competence brand. 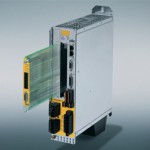 New functions for the safety card PMCprotego S from Pilz – Safe motion, including SLP and SLI 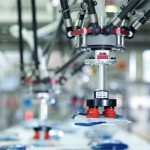