Overall paid employment has risen in most countries. In the six considered here, only Japan has seen a decline.

This is driven by increasing participation of women, and increases in population, including immigration in some cases. It is also caused by the increasing demand for services, and the creation of completely new products and markets, often related to the application of electronics to communication. 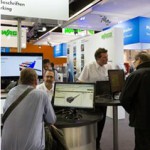 Efficiency in Building Automation: WAGO at the ISH 2013 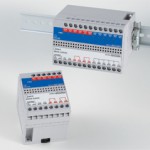 Intrinsically-safe barriers from IDEC: Small, economical, easy to use