The Siemens Industry Automation Division has expanded its hardware and software for safe automation. Safety functions have been added to the Simatic S7-1500 controller, ET 200SP distributed I/Os, and the TIA Portal V12 engineering framework.

For safety-related automation tasks, Siemens has integrated the Step 7 Safety Advanced engineering software into the TIA Portal V12 engineering framework, after a considerable rework, with performance boosted by an optimized compiler. The new features include expanded function blocks with safety functionality and autonomous setting of prioritization and timing. For access to the Simatic S7-1500F controller, the protection level concept has been extended with an additional protection level. The user configures and programs both safety tasks and standard automation in the uniform operating philosophy of the TIA Portal. This makes the first steps in safety engineering easier.
The new fail-safe input/output modules of the compact distributed ET 200SP I/Os are certified per EN 61508 and approved for use in safety-related applications up to SIL 3 per IEC 62061 and PL e per ISO 13849. Like the Simatic ET 200SP standard modules, the fail-safe modules also feature a module width reduced by up to 50 percent, load group formation without power modules, and simple handling, including tool-free wiring with push-in terminal connections. The fail-safe modules F-DI, F-DQ, F-PM-E, and F-RQ can be used. A special feature of the F-PM-E power module are the two fail-safe inputs that can be evaluated and act directly upon the following outputs. This permits fast, direct group shutdown up to SIL 2/PL e with standard outputs and up to SIL 3/PL e with fail-safe outputs.

The new fail-safe Simatic S7-1500F controllers are based on the standard controllers, which have been expanded by safety functions. They are certified per EN 61508 and are suitable for use in safety-relevant applications up to SIL 3 per IEC 62061 and PL e per ISO 13849. Both standard and fail-safe applications can be implemented with the same controller. Central expansion of the controllers is possible with modules of the ET 200MP I/O system and distributed expansion is possible with the standard and fail-safe modules of the entire ET 200 range. Profisafe devices are connected via Profinet and Profibus. Safety-specific information is shown on the controller display in addition to standard diagnostics functions. This may include display of the safety operation, the date of the last safety modification, or the entire signature. 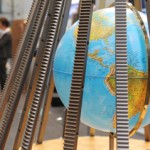 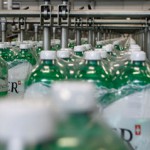