At the Department of Aeronautics, Imperial College London, when the 3ft x 3ft wind tunnel needed an upgrade, once again the College turned to wind tunnel specialists Dynamotive for the task.  Dynamotive chose a drive from Control Techniques for the crucial job of controlling fan/wind speed.

The project came about because of the failure of the DC motor and controller on the 3ft x 3ft low speed wind tunnel, which had a maximum wind speed of 150 ft/sec, during a time limited testing project being carried out by a PhD student.  Because they had successfully worked with the Department of Aeronautics before, notably on the high profile Honda Wind Tunnel, Dynamotive was asked to provide a fast turnaround AC solution – AC being preferred because of its reduced maintenance.

A complete scheme comprising PLC controller, HMI, AC motor and a Control Techniques AC variable speed drive was installed within weeks, enabling the PhD student to collect all of his test data with time to spare.

The wind tunnel is used for a wide range of tests from models of drones, or designs for reducing fractal turbulence (on an aircraft wing or a wind turbine blade for example) to attenuating noise produced by machinery.  Recently, testing has produced designs to reduce the drag on heavy vehicles, with a view to fuel saving.  The 1.5 metre direct drive fan now produces an airflow from 0 to 40 metres/sec through a screen, a settling chamber, three honeycomb filters producing a smooth airflow, via a Hodograph contraction section to increase airflow and into the 3 ft x 3 ft testing section, with a turbulence level of just 0.05%.

The drive chosen was a 37 kW Unidrive SP model, fitted with an SM Ethernet plug-in module to enable communications with the Proface touch screen colour HMI that Dynamotive supplied and programmed.  In addition, Dynamotive also supplied a small PLC for control sequencing.

Temperature monitoring of the motor was also fed back via the PLC.  A multi-port network switch enabled the Unidrive SP AC drive, the PLC, the HMI and the university’s remote control PC to share the Ethernet network.

The 37 kW motor was a special order through Emerson Control Techniques.  It is a 6 pole unit pre-fitted with a 1,024 ppr TTL optical encoder that feeds back to the drive for the closed loop Vector speed control operation and with a force-ventilation fan module mounted to the non drive end of the AC motor’s rotor.  This gives the extremely accurate low speed operation required by many of the university’s experiments.

In remote control mode, the university closes the loop externally, taking into account differential pressure measurement feedback from the tunnel’s test section area.  It is then possible to use an algorithm to calculate actual wind speed in metres/second.  The researcher can then issue a corrected rotational speed set-point via the AC drive that is monitoring fan speed via the encoder, until the desired wind speed for the experiment is achieved.

The HMI touch screen is programmed with a number of virtual pages, push-buttons and digital displays for RPM, drive and motor status and fan motor temperature.  These are duplicated on the university’s own PC control, which allows remote access if required for diagnostics and service.

The Department of Aeronautics has a series of wind tunnels, covering speeds of just a few metres/sec to Mach 9.  Their Honda low speed wind tunnel was upgraded by Dynamotive a couple of years ago to reflect the increased performance of today’s F1 cars. The 19 year old Control Techniques DC drives, still working well, were upgraded with more powerful Control Techniques Mentor II digital DC drives.

The Honda wind tunnel, which is optimised for race car testing, has a rolling road and is fitted with equipment to simulate the boundary layer effect.  It has a six component force balance.  The Donald Campbell low speed wind tunnel also has a rolling road and is equipped with an electromechanical three component force balance.  There are four other general purpose wind tunnels including the newly refurbished 3ft x3ft low turbulence low speed wind tunnel.

Dynamotive, formed in 1998, has developed and manufactured chassis dynamometers and facility control systems for numerous climatic, aeroacoustic and aerodynamic wind tunnel test facilities throughout the world. 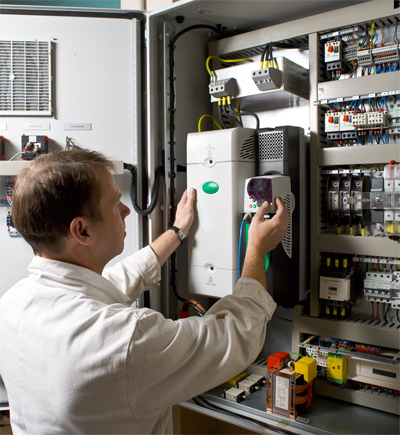 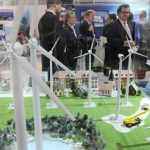 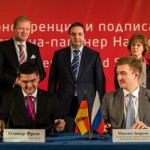 Russia with a record number of exhibitors at HANNOVER MESSE

Comprehensive monitoring of all critical points of a wind turbine generator