Russia with a record number of exhibitors at HANNOVER MESSE

As the Partner Country at HANNOVER MESSE 2013 the Russian Federation will focus on energy, industrial automation and new materials. This was announced today by George Kalamanov, Junior Minister for Industry and Commerce for the Russian Federation, at the official signing of the Partner Country agreement in Moscow. In addition to an extensive array of products and technology at the central Russian stand in Hall 26, the Partner Country will benefit from the broad range of keynote topics featured at HANNOVER MESSE and take advantage of the opportunity to showcase the strengths of Russia as a business location and as the world’s sixth biggest economy. More than 100 Russian companies will be occupying a total display area of 4,500 square metres at HANNOVER MESSE 2013. The list of participants includes such big players as Gazprom, Rosnano, Russian Railway, Rosneft, Transnest, UralVagonZavod, RAO UES of Russia, Vnesheconombank, TMKGroup and Metalloinvest. This line-up represents the biggest-ever contingent of exhibitors from the Russian Federation at HANNOVER MESSE. Never before have so many Russian companies taken part in an industrial show outside their own country.

Oliver Frese, Senior Vice President at HANNOVER MESSE, who signed the Partner Country agreement in Moscow on behalf of Deutsche Messe AG, announced: “We are especially pleased to welcome leading companies and high-calibre trade visitors from Russia to our trade show in Hannover. HANNOVER MESSE will play a significant role in further intensifying economic relations between Germany and Russia.”

Prof. Rainer Lindner, Director of German industry’s Committee on Eastern European Economic Relations, points out: “Bilateral trade between Germany and Russia reached a new level in 2012, when it generated record sales of over 80 billion Euros. Russia’s recent admission to the WTO will further boost this trade and open up new business opportunities, especially for SMEs with pronounced capabilities in technology, so now is the ideal time and Russia the ideal Partner Country for HANNOVER MESSE 2013.” The Committee on Eastern European Economic Relations has promoted business between Germany and Russia for the past sixty years and is responsible for the organization of the German-Russian Business Summit on 8 April at HANNOVER MESSE.

It is expected that Russian exhibitors will be represented in every keynote display category at HANNOVER MESSE. For example, the Russian Ministry for Energy will showcase a diverse array of technology on a display area of approx. 1,000 square metres in Hall 13 at the flagship trade show Energy. The Russian display will focus on energy generation and distribution as well as the modernization of the power supply network.

The Russian Ministry for Education and Science will also be represented with a group stand at the leading trade fair Research and Technology in Hall 2. Furthermore, this display will spotlight cooperation projects in the field of industrial research. The city/region of Moscow and St. Petersburg will be participating in Metropolitan Solutions, a new event located in Hall 1. Applications and solutions for metropolitan areas – the so-called megacities – have been featured at HANNOVER MESSE before, however for the first time the trade show – specifically dedicated to technological solutions and forward-looking concepts developed by industry for the cities of the future – is taking place in its own right.

The organizers expect Russian cities and regions such as Novosibirsk, Leningrad, Sverdlovsk, Kaluga, Kirov, Tomsk and Tatarstan to be represented with delegations of exhibitors or joint displays. Finally, there will be a strong Russian presence in forums and various high-calibre conferences involving 200 key speakers from politics and business. The major topics will focus on opportunities for investment in Russia, energy efficiency and co-operative ventures in the areas of research, development and production. Russia’s Ministry for Research and Development has also planned a series of informative events during the trade fair. 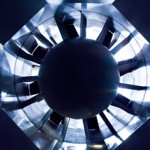 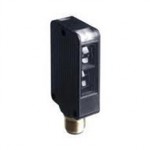