Müller Dairy, a European success story of product innovation and brand development, is now the UK’s largest yogurt producer. From its UK headquarters in Market Drayton, the business continues to grow and capacity is now at two billion pots per year. The pressure to increase output, reduce costs and improve production flexibility is ongoing to meet current demand and develop new opportunities.

Müller Dairy recognised that its manufacturing capability could be significantly improved through the upgrading and re-engineering of an existing re-pack line that was over-reliant upon manual intervention and under performing. The system also lacked versatility, it was not originally designed to handle twin pots, yet these are now a major growth area of the business.

Müller Dairy commissioned CKF Systems of Gloucester as its project partner, with responsibility to design, install and commission a fully automated solution, utilising much of the current equipment and within the same floor space.

With four ABB Flexpickers at the heart of the existing system, Müller Project Engineer, Martyn Steadman, asked ABB to recommend a systems integrator capable of meeting a very complex set of challenges – not least the height constraints of the ground floor location.

“From a short-list of four we chose CKF; they were aligned to our way of thinking from the start of the discussion process,” confirms Steadman. “We were impressed by their ideas, customer relationships and the quality and performance of their recent projects.”

“This was a substantial investment by Müller Dairy and therefore demanded an immediate return. It required an innovative and integrated solution within a confined space. To maximise output, the existing configuration had to be re-engineered to eliminate bottlenecks, new motors and software installed and innovative conveyor protocols introduced to ensure accurate product alignment in readiness for high speed handling.”

“It was imperative that the new system would be up and running as early as possible and with minimal disruption to existing production. In line with Müller Dairy’s strategic goals, the work would be undertaken to the highest possible standards and within a strict pre determined safety regime.”

The functional requirement of the repack system was to take packed yogurt from a pallet, produce a multi pack, repack and palletise.

The CKF-designed system has four infeed legs to enable it to handle multi packs with a variety of flavours. Each leg accumulates stacked trays which are then de-stacked prior to a gantry unload system removing the yogurts from the trays. It then places them onto a flexpicker infeed conveyor which guides each pot to a required datum. The empty trays are then transported down the line ready for re-use at the packer.

Four flexpickers then track the infeed conveyor and the flow wrapper infeed, selecting the required number of pots and placing them into each flight. Once flow wrapped, the multipacks are transferred through 90 degrees and collated within the packer prior to being placed back into the initial trays.

“The challenges of this project and potential pitfalls were considerable,” explains Kevin Staines, Sales Director, CKF Systems Ltd. “We initially undertook a series of trials at our factory in Gloucester to prove the solution and followed this with a full factory acceptance test. By doing so, any risks were eliminated and it would allow us to install and commission the system with minimal disruption.”

“Environmental conditions impact on performance and in this particular situation, working in a chilled area with a low constant temperature; we had additional considerations including the performance of the vacuum grippers.”

From contractual agreement to completion, the investment was undertaken in less than eight months with immediate benefits accruing to the business.

Now fully automated, the new repacking line is at least 50% more efficient and able to handle double the numbers that were being achieved manually.

“It has been a demanding yet exciting project,” continues Martyn Steadman. “It meets all of our investment expectations and Müller Dairy’s strategic objective to become the most competitive and successful dairy company in the UK and Ireland.”

“In addition, we have realised some Health and Safety benefits and improved the well-being of our people by reducing high speed repetitive processes in confined spaces; allowing workers to be redeployed more productively. The new system is more easily cleaned, requires less maintenance and has been designed for easy use and access.”

The project has been endorsed by the Central Technical Team in Aretsried, Germany and has set a benchmark for future investment in terms of design and delivery, innovation and performance. 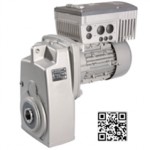