FANUC has added a new 3kg payload parallel link robot to its high-speed Genkotsu Series. The FANUC M-2iA fills a gap between the existing 1kg and 6kg arms providing a large work envelope, with high throughput performance for mid-range assembly and handling tasks.

Two variants of the M-2iA are introduced, a standard reach and a long reach, to address a wide range of applications in the food, electronics and general manufacturing sectors. Both arms are 4 axes, the fourth axis being a wrist rotation providing speeds up to 3,500 degrees per second.

The parallel link structure allows higher speeds and greater accuracy than conventional SCARA type assembly arms. Handling a test payload of 1kg the M-2iA will complete the standard pick and place trial of 25mm up, 305mm linear and 25mm down in just 0.27 seconds, 222 cycles per minute, at +/- 0.1mm repeatability.

Aimed at assembly and packing operations the parallel link structure is the ideal line builder solution where space is confined; the cylindrical work envelope, up to 400mm deep and 1,130mm in diameter is concentric to the robot mounting base making it straight-forward to position and guard relative to peripheral equipment.

The FANUC M-2iA is controlled by the new energy saving

All that the robot requires to benefit from iRVision is a camera and a cable to connect it to the controller – a housing is provided in the robot body to position a camera above the wrist. 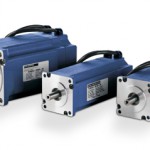 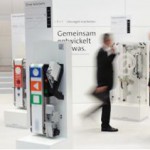 Half of the industrial robots installed globally are located in China

KR SCARA now also available with a payload of 12 kilograms