When workpieces communicate with machine tools

When HANNOVER MESSE 2013 opens its gates on 8 April, it will do so with more exhibitors and an unprecedented level of international participation. Over 50 percent of the companies represented at the fair are based outside Germany. This year, IT-supported production – the next stage in the evolution of manufacturing – will take center stage at the world’s most important industrial technology fair.

“The outstanding number of exhibitor registrations and the high level of participation from international companies reflect a worldwide need to share information on the technologies that will shape the future of manufacturing. For many exhibitors, the current global economic environment is another strong reason to be at HANNOVER MESSE,” said Dr. Jochen Köckler, a member of the Deutsche Messe Board of Management, at a recent kick-off press conference held as part of build-up to this year’s show. “While China has regained its economic momentum, and many developing countries are continuing on a steep growth trajectory, the situation in the Eurozone and the U.S. remains uncertain. That’s why manufacturers have to be able to react quickly to shifts in demand. And to achieve this, they have to make their production facilities more flexible so that they can adapt or even completely change their product range in the shortest possible time. Many companies also need to look further afield to new countries to reduce their dependence on a narrow portfolio of existing markets. And that’s exactly where HANNOVER MESSE can add a lot of value. HANNOVER MESSE is where manufacturers will find the right technologies and the right partners to help them reduce their risk exposure and build their competitiveness,” Köckler added.

The lead theme of “ Integrated Industry” signals HANNOVER MESSE’s strong focus on the future of manufacturing. “We chose ‘Integrated Industry’ not just to highlight the increasingly close relationship between the fair’s key display areas of automation, energy and drive technologies, industrial supply and R&D; the intention is also very much to herald the fact that information technology is about to kick off the next major wave of change in the evolution of manufacturing,” explained Köckler. “Ever-shorter product lifecycles and ever-increasing product diversity mean that production lines need to become much more flexible. Most automobile manufacturers, for example, are already able to produce a number of different models on the same line. Having this sort of capability necessitates state-of-the-art software systems and web-based technologies.”

Integrated Industry also stands for the networking of all machines involved in a production process. Doing this can potentially yield multiple benefits. The fully integrated production lines of the future will be less prone to stoppages; machines will be able to spot significant deviations from workpiece specifications; and the workpieces themselves will have a unique identifier, which “tells” the machines how they should be processed. This will enable the machine tools to reconfigure themselves automatically during production and continually adapt to changing demands without the need for halting the production line. “Workpieces will effectively be communicating directly with the machine tools,” explained Köckler. “Put simply, Integrated Industry means that goods can be produced more quickly and cheaply and at a higher level of quality, thereby significantly boosting the long-term competitiveness of the manufacturer.”

HANNOVER MESSE 2013 will be officially opened on 8 April by German Chancellor Angela Merkel and Russian President Vladimir Putin. Russia is the official Partner Country of this year’s fair. More than 160 Russian companies will be in Hannover to showcase their technologies and services on around 4,900 square meters (52,743 sq. ft) of exhibition space – the largest-ever contingent of Russian firms to exhibit at an industrial technology fair outside of Russia. “Russia is the ideal choice as Partner Country for HANNOVER MESSE 2013. Last year, German-Russian trade hit a new high of 80 billion euros. This year, I expect that small and medium-sized high-tech companies, in particular, will start to benefit from the new opportunities created by Russia’s accession to the WTO. And Hannover may well be the place where they meet the right Russian partners,” said Köckler.

“The open-air site and all 25 exhibition halls are fully booked. A total of around 6,500 exhibitors will be in Hannover to showcase their solutions on more than 236,000 square meters (over 2.54 million sq. ft) of net display space,” summarized Köckler. This represents an increase in exhibitor numbers and display space over the most recent comparable event in 2011 (6,333 exhibitors on 230,971 square meters – 2.49 million sq. ft), which was already a big success. “This year’s fair is likely to produce record results, considering that the 2011 show was the strongest HANNOVER MESSE in ten years,” said Köckler. The strongest exhibitor nations apart from Germany are China, Italy, Turkey, Russia and France. Also notable is the fact that the fair will feature about the same number of Italian and Spanish firms as it did in 2011. Köckler: “A Spanish exhibitor recently told me that he couldn’t afford to miss the fair because he had lost 80 percent of his domestic customers. At HANNOVER MESSE, he would be able to meet new customers groups and develop new markets. And that’s exactly what HANNOVER MESSE is all about. It’s the perfect platform for forging and developing new international contacts.” 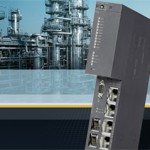 PCS 7 CPU410-5H: One process controller for everything 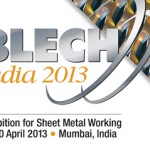